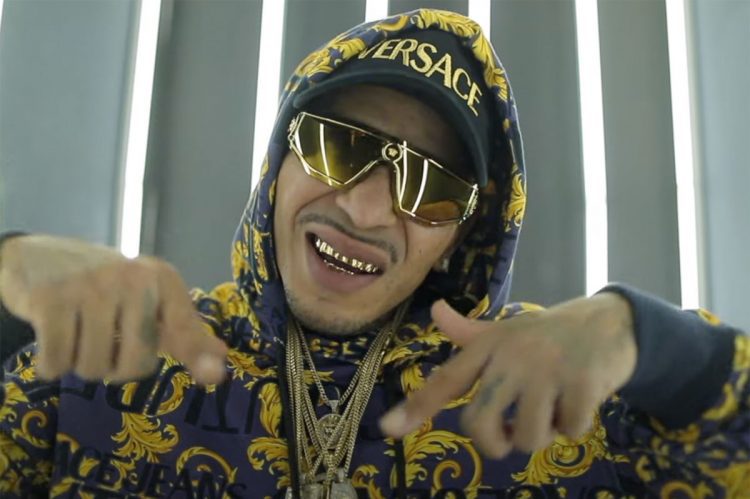 Rapper Half Ounce has been pronounced dead following a fatal shooting.

The Los Angeles Police Department announced in a news release Tuesday that its Olympic Division received “numerous radio calls of shots fired, with a man screaming, in the 700 block of South New Hampshire Avenue” at approximately 11:30 p.m Monday night. Upon arriving at the scene, authorities discovered a man in a planter, who had sustained multiple gunshot wounds. Paramedics declared his death shortly after. The victim was later confirmed by the LA County Coroner’s Office as the rapper Half Ounce, whose legal name is Latauriisha O’Brien.

According to investigators via Fox 11, the 32-year-old was walking along the street with a friend when what’s being described as a dark-colored SUV pulled alongside them and opened fire seven to 30 shots from the passenger side window. At the time it is unclear who the friend was, but police are trying to identify him to help in their search for the suspects, who remain at large.

The About It rapper was allegedly on the phone with his pregnant wife at the time of the incident; she heard the gunshots and rushed to the scene immediately. His relatives informed NBC4 the unborn child is due March 2023. The poor widow also shares an 8-year-old daughter, 2-year-old son, and 9-month-old son with the late rapper.

LAPD Lieutenant John Radtke revealed authorities are currently searching through security footage to help piece together exactly what happened that night. The rapper had a track set to release on October 14, titled, Drop That Ball. See a full report (below):

Heartbreaking for everyone involved. Our hearts are with his family during this unthinkable time. Rest in peace.