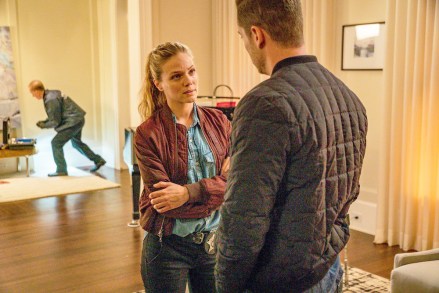 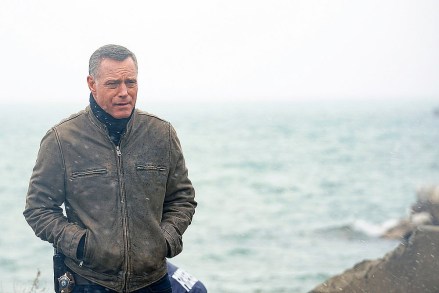 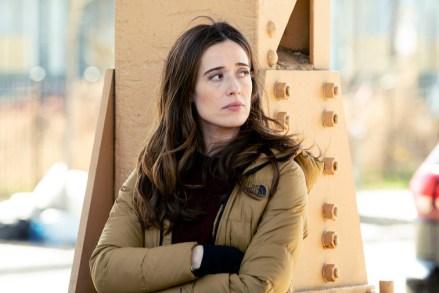 The October 5 episode of Chicago P.D. begins with Halstead avoiding Upton pretty much at all costs. Halstead responds to a drug store shooting and crosses paths with a fellow veteran, Lenny Gibson, trying to help. Lenny is shot trying to save a pregnant woman, while Halstead continues to pursue the robbers who manage to escape.

“I haven’t seen anything like that since I was overseas,” Halstead says to Upton about Lenny. They head to the hospital to talk with Lenny about what he knows. Men who have served alongside Lenny and work with him are there waiting to hear about his condition. They work in a narcotics unit that pursues drug cases all over the world. 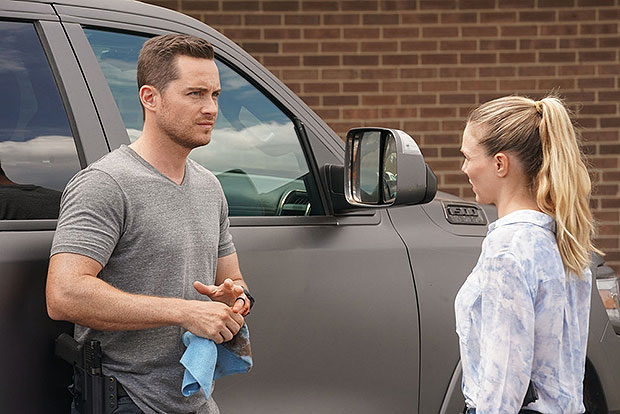 Later, Upton goes through records and discovers that Lenny got a mysterious payment just hours before the robbery. She tells Halstead that she thinks Lenny had some part in the crime. They go to confront Lenny at the hospital.

“I’m dying,” Lenny says before pleading with Halstead and Upton to not tell his family. He was just the lookout for the robbery. The robbers swore that no one would get hurt. When the robbers shot the pharmacist, that’s when Lenny acted. “I did the right thing when it counted. Didn’t I do that?” Lenny says. He begins to code before he can identify the other robbers.

Upton believes it’s time to tell Voight and get a warrant to search Lenny’s house. Halstead is hesitant. He doesn’t want to take Lenny’s name. Upton says that’s not Halstead’s call. “One bad act doesn’t make you a bad person,” he says.

Upton calls out Halstead for not acting like himself. “This isn’t you,” she says. Upton brings up that he’s skirting evidence, lying to her, and pulling away from her. She wants to help him. Halstead then gets a call that Lenny has died.

‘The Daily Show’s New Host: See Who Could Potentially Take Over After Trevor Noah’s Exit

At Lenny’s house, Halstead comes across one of Lenny’s friends. He pleads with Halstead to not tell the army. If the army says Lenny’s death is due to misconduct, his wife and kids will lose his pension and life insurance. This makes Jay pause. He tells Lenny’s wife that he’s going to keep Lenny’s name out of this case by doing things he should not be doing.

Upton has a feeling about Halstead and goes to Voight. They head out to find Jay together. Things go awry at the crime lab. Halstead ends up stabbing one of the meth cookers to death. When he turns around, Upton is there to see him covered in blood. Voight says to call in the death while he and Upton come up with a cover story to save Jay. “We’re doing it again,” Halstead says. 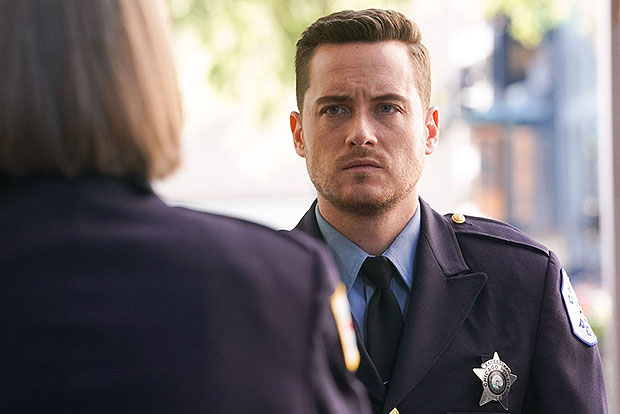 He ultimately hands over the knife he used to stab the man. The next day, he heads to the Bureau of Organized Crime and says he’s coming to tell the truth. After hearing how Lenny’s family is going to get taken care of, Halstead doesn’t say anything. He just lays his badge down and resigns.

Upton is completely stunned that Jay is leaving. Halstead explains that Lenny’s friend told him that they need soldiers overseas to run these narcotics units. “You were right about me,” he says. “I’ve changed.” Upton didn’t mean for him to leave.

“I had to. It was the right thing to do,” he continues. Halstead says that Lenny’s friend put in a call, and the army has offered him a spot running a full squad tracking down the worst cartel targets. He’s taking the job, and he’ll be posted in Bolivia. He’s leaving today.

“But you can’t just leave,” Upton cries. Halstead promises, “It’s not forever. It’s 8 months. Maybe a little longer, but I swear to you that we’re going to get through this because you’re the love of my life and if I’m yours… then you’ll know that you have to let me go.” They share a sweet goodbye kiss.

At the airport, Voight shows up for one last goodbye. Voight doesn’t want him to go, but he understands. “You don’t want to be me…” Voight says. Halstead responds, “No, it’s worse than that. I do. I do want to be you. But it’s like you’ve always told me. I’m not.. and I shouldn’t try.”

Jesse Lee Soffer’s departure was announced in August 2022 ahead of the season 10 premiere. “I want to thank the incredible fans for their unwavering support during the past 10 years and want to express my deepest gratitude to Dick Wolf and everyone at Wolf Entertainment, Peter Jankowski, Matt Olmstead, Derek Haas, Michael Brandt, Rick Eid, Gwen Sigan, NBC, Universal Television, my fellow castmates and our incredible crew,” Jesse said in a statement about leaving the show. “To create this hour drama week after week has been a labor of love by everyone who touches the show. I will always be proud of my time as Det. Jay Halstead.”

When HollywoodLife spoke with Jason Beghe about Jesse leaving the show, the actor admitted that it felt like a “death in the family.” He continued, “Obviously, there’s a painful emotional response.” Jason teased that Jesse’s exit would be a “big change” for the long-running series. Chicago P.D. season 10 airs Wednesdays on NBC.