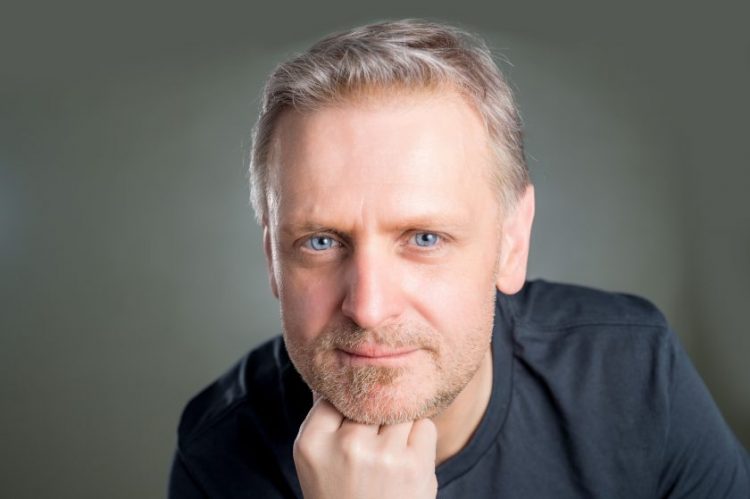 MIHM-Tell us a little bit about you, where are you from and what inspired you to pursue a career as a film composer?

CP-I am award winning Film, Tv and multimedia composer, artist. I have worked on countless projects at the legendary Sound City Studios in Los Angeles, CA (now recording studio hall of fame) and  scored over 50 Feature and Short Films as well as many TV commercials. My music appears in movie theaters around the world also on film trailers, ShowTime, PBS, and other network television and many other multimedia projects.

As a film composer, I’ve had the privilege of sharing my music, and when it makes a difference in this world, that’s worth living for. Scoring to picture is not only rewarding because the images generate ideas but the director’s overall vision allows me to support the emotional aspects of a film by finding the right mood needed and becoming a storyteller through music.

MIHM- How do you think music can change the feeling in a movie and how do you approach that task?

CP- I love film and the filmmaking process, from reading a script to going to the filming location. This allows me to be part of the story. I am well-versed in traditional film scoring and orchestration, yet I also see the importance of involvement in a sonic expansion as a sound sculptor, a sound designer, by offering the unique score that a film truly needs.

MIHM- What do you think about John Williams?

CP- I think that John Williams as a film composer is a gift from God and every film composer today and tomorrow should deeply study his composition, orchestration and arranging skills.

MIHM- What are your top 5 film music scores?

MIHM-If you could work with somebody you admire, celebrity, politician, musician, leader or anybody else who would it be and why?

CP- If I could, I would like to walk with Jesus by His side and learn from Him how to be a leader and how to lead others. Also to understand humanity in its complexity and  human emotion through interactions with one another, develop excellent relationships, and follow His example.

MIHM-Define what success means to you?

CP- The exciting part is knowing that my contribution as a film composer will have a long-lasting impact even when I am not here anymore. It will influence as well as enrich the viewer’s experience in the movie theater. Sitting at my film premiere and experiencing movie as the public views them for the first time I would describe as a great accomplishment- success.

MIHM-Who have been your biggest mentors in your career?

CP- Certainly my college professors during my education time.

MIHM-What other projects are you working on right now?

CP- I am currently working on an international feature documentary, The Burning Dancer, by Italian producer and director Alessandra Poli.

MIHM-How can people reach you, do you have social media, website, etc.

A True Love Story
“My Commitment”

Shattered by tragedy, a young couple’s love is put to the test as they fight a silent, but relentless killer in the form of cancer for nearly two decades.  We learned from the book of JOB that no matter how hard things get, we must not waver, we must endure and stand fast. But what happens to our faith when tragedy strike?

Lisa Merle Piorkowski was a beautiful, talented, and devout Christian from Denver, Colorado. She was so special, in fact, that she won the Miss Colorado title in 1984 and was later in Miss America pageant in Atlantic City.  She pursued an acting career and was cast on the TV series; Santa Barbara, Mark and Mindy and countless TV commercials before she pursued an acting career, on Broadway, in New York. After struggling, auditioning, and studying the craft, Lisa once again didn’t disappoint. She landed some of the most impressive roles in EVITA, Phantom of The Opera, Cinderella, 42nd Street, Chorus Line and many others which took her on international tours and graced the theatrical stages in West Berlin.

Chris Piorkowski, was a musical prodigy. At an early age, Chris wrote and performed music better than most of his adult counterparts. His talent took him on international tours where he played large auditoriums of more than three thousand seats. He performed solo piano at the Palais des Congres de Paris France in front of 4000 people.  In 1999 and now an adult, this young composer and jazz-classical pianist met Lisa, the now accomplished singer and actress, who would one day become his wife and the love of his life. After they met in a church, Chris already had visions of a wonderful life with Lisa when tragedy struck.

Lisa was performing one of her Broadway shows on a West Berlin stage when she collapsed. It was an undetected brain tumor that sent Lisa straight to surgery. The brain tumor was almost the size of an egg. She was diagnosed with Multiglioblastoma level IV.  What followed next was the ultimate sacrifice. Chris could have easily walked away after the doctor gave Lisa just months to live. Besides they haven’t even gone on a date yet. He could have remained a friend and check in on her from time to time, but he didn’t do that either. Instead, he visited her in the hospital every day, wrote her new songs and read children bible stories at the hospital MRI waiting room played and lifted her spirits until she got better. Even as doctors declared that she had only a year left to live, later he asked her to marry him, fully knowing that she may not live to go on their honeymoon on Crete Greece.

They went to New York City to get married in the October 12th 2000. Chris had the white limo picked them up and afterwards they took the black limo and he got a bottle of a Chateau Lafite as the limo followed them walking by the Brooklyn bridge holding hands and watching the New York City Night skyline as in Carry Grant film. It was magical, beautiful and indescribable. The energy was out of this world. They were happily married with a strong bond of love and commitment. They were soulmates as described by friends and family. It was clear to them. Even the sickness was so strong, their love and faith in God was much stronger. They realized that just focusing at the problem can be overwhelming, but looking at God their problem became small.

Their life  together never was without a day of fight and struggle in order to improve Lisa’s health.  Chris have seen their friends moved on in life. getting married, have their own children and as in like a deja-vu life for Chris & Lisa stood still as were on the mission not to give up!

During the early mornings he took Lisa to countless  appointments. As her condition was relative stable, her life was never normal. Lisa probably could only be awake for 4 to max 5 hours before she had to take the medicine and go to sleep. Her life was a constant struggle. Fourteen years has passed until now and one day Chris called her just to simply check on the phone during the day as Lisa collapsed on the phone having a major seizure. She was admitted to the Presbyterian Hospital where it was found out that the cancer became aggressive as ever, occupying 30% of her brain.

The fight was ON! again as it was fifteen years ago since the first major surgery. The cancer came violently back and didn’t wanted to give up.

Lisa’s laying in her bed after couple days passed from the surgery and she wanted to go to the bathroom and Lisa said: “Hollywood glamour Stars don’t do it in their bed” so, Chris took her out of the bed and carried her to the bathroom.

So strong was their faith, that for the next nineteen and a half years, they refused to give up. They refused to stand down and be beaten by the illness. It was a struggle; it was a war and there were days when their resolve was put to the test. The financial burden became a cross too heavy to carry. Her single Avastin injection costed $15.000. They were attacked and beaten down by life, but the love they had for each other, and the Lord carried them through the difficult times.

Chris is an award-winning composer, artist, and educator. Completing his graduate studies with a major in Music Composition for Film and Multimedia, and holds the Master of Fine Arts (M.F.A.) terminal degree from Vermont College of Fine Arts. As a performer, pianist, and composer, Chris participated in a music performance for Pope John Paul II, performing solo piano at the Palais des Congres de Paris France with over three thousand visitors present. He has also accompanied several notable opera and musical singers including Melissa Swift-Sawyer, Anne Demougin, and Lisa Merle Piorkowski. In 1999 Chris was selected, because of his outstanding achievement in composition and arrangement, to score, produce and arrange the Theme Song of The Boxing World Cup in Helsinki. In addition to his many composition projects, he was chosen as an orchestrator, composer, arranger and audio engineer for German Pop star and recording artist Guildo Horn (Eurovision Song Contest 89’).

​​Chris worked on countless projects at the legendary Sound City Studios in Los Angeles, CA (now recording studio hall of fame). He scored over 50 Feature and Short Films as well as many TV commercials. He’s music appears on ShowTime, TBN, PBS, and other network television. Among many other film trailers and multimedia projects, he composed music for Gene Roddenberry (Star Trek creator company).  The journey continues as Chris took Lisa during early mornings to countless  appointments at the UCLA medical center in Westwood. He worked countless hours at Sound City Studios on many projects into the nights to provide for Lisa. As the brain cancer cannot be stooped by any type of medicine or medical procedures, the most difficult question ever Chris had to ask Lisa was: “ Where would you like to be buried?” This the most horrible moment knowing that there’s nothing anyone could do anymore and become helpless.

After nearly twenty years of ups and downs, struggles, and victories, success and the agony of defeat, Lisa’s life finally came to an end. She passed away still fighting with Chris by her side and the sacrifice Chris made, for the love of his life, didn’t go unnoticed.

Lisa passed away but left behind the memory of her life. She left behind a lesson and an example for generations to come— no matter how devastating life is, God’s grace is more than enough to get us through. With faith built on a rock and not in the sand, with a soft heart and strong determination, Lisa was courage personified.

This incredible love story, faith, courage determination, and the ultimate sacrifice must be told.