Can People Change? When, How, and Why (or Why not) 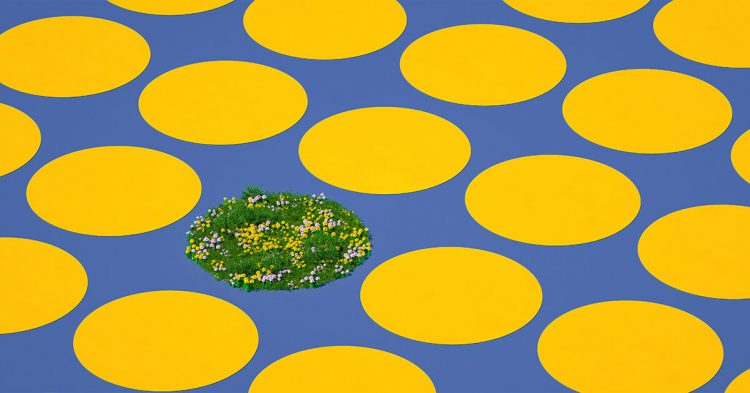 People can change but only if a few requirements are met, including self-awareness and willpower. There are some exceptions, though.

Your personality is shaped by a dynamic relationship between your interactions, temperament, and environments. Change is possible.

What does it mean for a person to change? Change is a sustained reinforcement of new behaviors and thinking patterns.

Changing who you are or how you behave may be possible through a collective understanding of attitudes, habits, behaviors, and personality traits.

Yes, changing your attitude is possible. But it may be difficult in some cases if you don’t explore the root cause of your current attitudes.

Attitude is defined by the American Psychological Association (APA) as “a relatively enduring and general evaluation of an object, person, group, issue, or concept on a dimension.” It comes from your beliefs, emotions, and past experiences and behaviors.

It’s possible to change your attitude when you understand how it is formed and how it impacts your life.

Sometimes, though, attitude is linked to emotional pain or hurtful past experiences. You may not be aware of this or, even if you are, your attitude in a certain situation may be a reaction to a trigger or an event that activates the pain.

Living with trauma, for example, may lead to a defensive attitude and affect how you respond to specific challenges.

“People who experience this may want to change,” says Jeffrey McQueen, executive director of the Mental Health Association of Nassau County and a licensed chemical dependency counselor. “But it’s not uncommon for someone who experienced trauma to prefer the lifesaving responses — because it’s what has saved their lives and allowed them to feel safe.”

Therapy may help resolve emotional and mental health challenges, and this could facilitate attitude change as well.

Yes, you can change your habits, both negative and positive. In fact, as you age, face new challenges, or engage in new routines, your habits may tend to change so you can adapt to the new circumstances.

But, there’s a distinction between habits and behaviors. In general, behavior is an action that can be observed and that comes as a response to internal or external influences.

Habits are behaviors you’ve repeated so often that they become automatic for you and no longer require your intention or conscious thought to be executed. For example, leaving your keys at the console table next to the door or getting that cigarette out whenever you feel anxious.

People can change habits by becoming aware of them and purposefully modifying that behavior enough times until the new habit becomes automatic.

Some habits may require you to explore their root cause, though. For example, if a habit is associated with anxiety, you may want to work at reducing anxiety first.

Before attempting to change what you think it’s a bad habit, it’s important to understand why you do it. This will help you sustain the change.

“For example, most people would identify smoking as a bad habit,” McQueen explains. “A person living with anxiety or bipolar disorder who utilizes smoking to calm and ground them may find this to be more of a coping tool versus a bad habit.”

Gaining this understanding may help you change a habit that may be harming you, like smoking, and replace it with effective coping skills.

“Yes, people can change, but it’s not that simple,” says Misty Smith, a licensed professional clinical counselor in Michigan.

These traits exist on a spectrum so you may be more or less persistent than your sibling even if both have that same characteristic trait.

“People evolve and change over time,” Smith says. “Our interests and approach to the world changes. Our experiences change who we are, and how we internalize and interpret the world around us.”

Because of this, you may be a generous person, but may in time become less generous with certain people or in specific scenarios, for example.

Core personality traits may be less likely to change, even at will.

Known as the Big Five, these core traits are:

They also exist on a spectrum. For example, in the extraversion spectrum, you can be an introvert, an extrovert, or somewhere in between.

“It’s not as easy to change those core aspects,” Smith explained. So, it’s not likely to go from being an introvert to an extrovert, for example.

Yes, people can change behaviors, but they need to first become accountable for those, and then be convinced they should (or want to) change them.

Hurtful behaviors — such as lying, cheating, dismissing, or controlling — are often habits that turn into harmful behavior patterns. They may also be associated with mental health challenges, which makes change more difficult.

Research from 2020 explains personality may be shaped by an interaction between multiple sources, from genes to events and social relationships, rather than only one source.

Personality development isn’t linear, and change isn’t either. Though harmful behaviors may have begun as survival or coping mechanisms in childhood, the 2020 study showed positive influences and relationships, like friendships and family, can increase the chance for someone to change those behaviors.

“No one is born acting or behaving a particular way,” McQueen said. “Behavior is learned, and so it can also be unlearned. This implies that change is more than possible — it’s actually likely.”

When a hurtful behavior is associated with a mental health condition, though, professional support may be needed for people to change. Even then, depending on the condition, sometimes change isn’t likely.

For example, someone with narcissistic personality disorder (NPD) may lack the insight to identify problematic behaviors or the need to change. They may also be less likely to seek support and resources when those behaviors impact their lives.

Ileana Arganda-Stevens, a licensed marriage and family therapist in California, says the capacity for change grows in the presence of six vital aspects:

If you have a few or all of the above, you’re more likely to change behaviors, attitudes, or traits.

“When we start to show ourselves more self-compassion,” she says, “rigidity begins to relax, and we become more flexible and open to trying new things and making meaningful changes in our lives.”

Motivation is also key, according to Smith.

Not everyone is willing or able to change, though.

This may be because it’s not the right time, or the individual may not realize there’s a need for change. Maybe they lack the insight to understand how the behavior or attitude is affecting their lives. Maybe these behaviors are linked to emotional pain or trauma, and until that is resolved, change is more challenging.

Why people don’t want to change depends on the situation. “The pattern or habit is a tool that allows the person to cope with a deeper struggle,” explains Smith.

But, change takes time and it may be challenging in some cases. For example, if you live with a mental health condition that involves lifelong symptoms that may impact your attitude, habits, and behaviors.