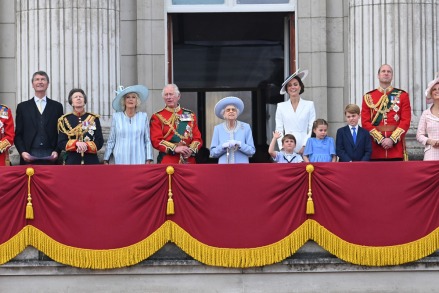 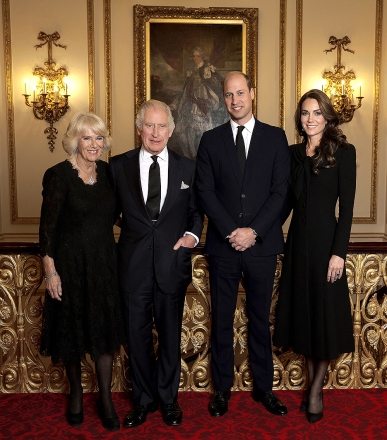 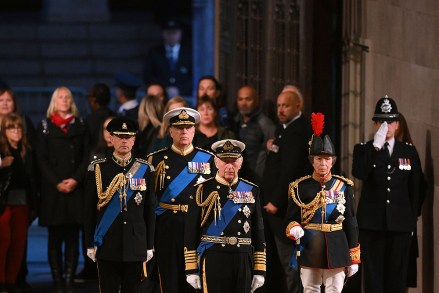 Prince William reportedly has taken action to frame his children’s relationship with his stepmother Camilla Parker Bowles. The newly-titled Prince of Whales is adamant that Prince George, 9, Princess Charlotte, 7, and Prince Louis, 4, not refer to Queen Consort Camilla, who married William’s father, King Charles III, in 2005, as “grandmother” or even “step-grandmother,” according to royal biographer Angela Levin’s new book Camilla: From Outcast to Queen Consort.

“William nonetheless has made it clear that Camilla is the wife of his father, but not a step-grandmother to his children, and that Prince George, his sister Princess Charlotte and Prince Louis have two grandfathers, but only one grandmother,” Levin wrote, per InStyle. She continued, “William and Harry were 23 and 20, respectively, when Camilla officially became their stepmother in 2005. She was more of a friendly grown-up they saw occasionally at royal gatherings. She tried to be encouraging rather than influential.”

Levin went on to say that Camilla, who has five grandchildren of her own from her first marriage to Andrew Parker-Bowles, seems to have no issues with the arrangement. “Nor has she tried to take over any responsibility as a step-grandmother to the Cambridges’ children, Prince George, Princess Charlotte, and Prince Louis,” she wrote, per the outlet. “Especially as [Kate Middleton’s) parents, Carole and Michael Middleton, are so close.”

Prince William is reportedly adamant that his kids not refer to Camilla as ‘grandmother’ or even ‘step-grandmother.’ (ANL/Shutterstock)

While it appears Prince William made it clear Camilla will never fill the role of his late mother, Princess Diana, he is working on another family tie as well in the wake of his grandmother, Queen Elizabeth II’s, death: his strained relationship with his brother, Prince Harry. After Harry and his wife Meghan Markle stepped back from royal duties and moved to the United States, interactions between the brothers have been all but non-existent. The Sussexes were already visiting the U.K. for charity events when the Queen passed away, but, as previously reported, there were no plans to visit with William and Kate, nor Harry’s  father, King Charles.

However, Prince William extended an olive branch and invited Harry and Meghan to join him and Kate to greet well-wishers outside of Windsor Castle shortly after the Queen’s passing. In a statement from Buckingham Palace, a royal spokesperson said William “invited the Duke and Duchess of Sussex to join him and the Princess of Wales” for the walkabout.