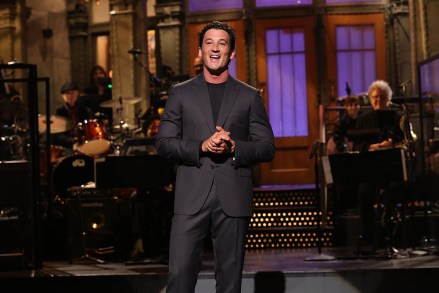 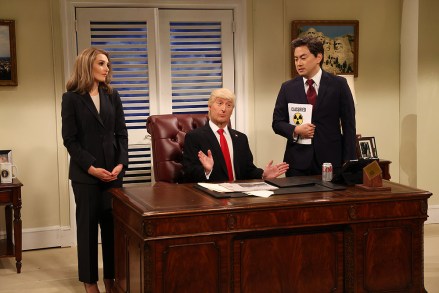 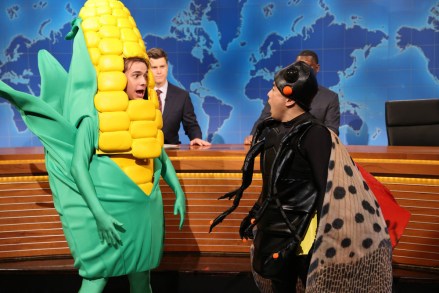 Willow Smith — now known mononymously as WILLOW — slayed as the musical guest on Saturday Night Live! The daughter of Will Smith and Jada Pinkett-Smith, 21, headlined her first-ever performance on Oct. 8 show, performing her moody rock track “Curious/Furious” for her first performance. “I always knew there was an order to this/The wind in the trees whispering mathematics,” she crooned on stage as the lights shone an ombré shade of purple. “I always knew I tried my best to talk back/Refract the wisdom to heal the abyss,” she continued. 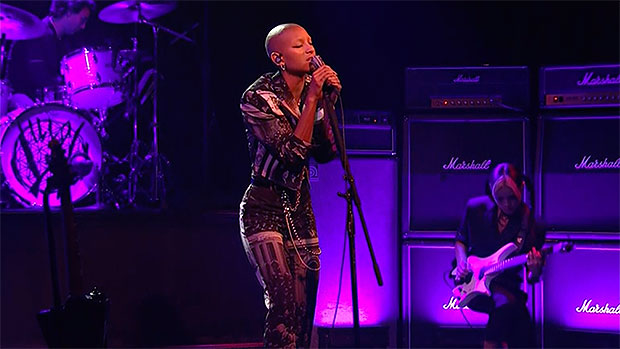 Her look embraced her rock ‘n’ roll vibe with a bikini top under a leather jacket, and leather pants. She accessorized with silver body chains and layered silver necklaces for the performance, which played off her simple but bold glam. Willow’s black cat liner front and center through the performance along with her glowing complexion.

The Red Table Talk host appeared on the series earlier this year when she performed with her friend Camila Cabello, 25, to perform their track “Psychofreak” in April 2022. The pals twinned in edgy looks as they rocked the crowed at Studio 8H with their infectious and sexy single that appeared on Camila’s album Familia, which dropped that same month. Willow was an unannounced surprise guest on the episode, which was applauded by fans and critics as she demonstrated for vocal range and vulnerability.

Willow recently dropped her own new music back in August, including single “hover like a GODDESS” — while simultaneously dropping her own last name and taking creative liberties with capitalization. The single is the lead song from her new album COPINGMECHANISM, which was initially set to drop on Sept. 23 but pushed back to an Oct. 7 release. The album is expected to be pop-punk, much like her prior projects — including collaborative album with ex-boyfriend Tyler Cole (also known together as band The Anxiety).

The emerging artist has previously been open about how her spirituality has influenced her music. “Life is a beautiful mystery,” Willow said to The Face in 2021. ​“And when you look at it through the eyes of science and spirituality, nothing is ever mundane…“It’s definitely something that I think about every day,” she added when talking about her collaboration with Travis Barker, “t r a n s p a r e n t s o u l.”

Michael Longfellow: 5 Things To Know About One Of ‘SNL’s Newest Cast Members