Ashanti Receives Her Star On The Hollywood Walk Of Fame (Video) 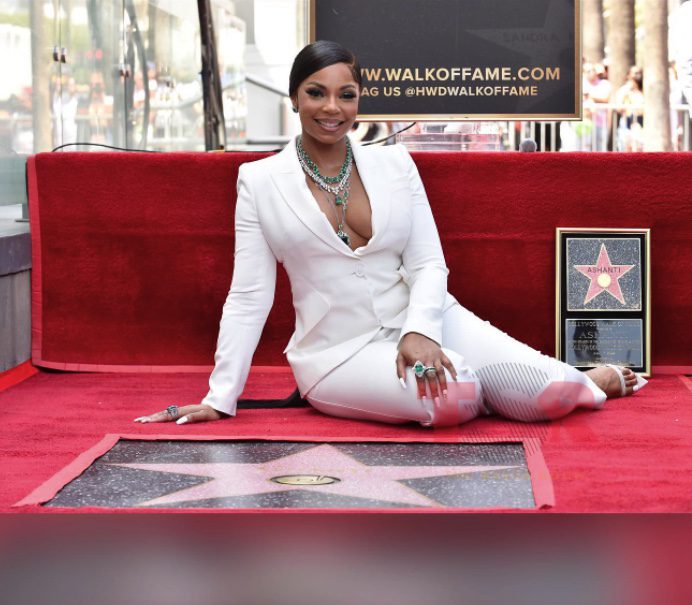 Today was a day filled with Black excellence! GRAMMY-award-winning singer Ashanti received the 2,718th star on the Hollywood Walk of Fame! She looked stunning in an all-white ensemble, surrounded by friends, family, and people who have been down with her career since the age of 11-years-old!

Ashanti also took the stage and got emotional while thanking her family. April has been a very important month for Ashanti. As we previously reported, she celebrated the 20th anniversary of the release of her self-titled debut studio album five days ago. According to Fox News, the album earned her the best contemporary R&B album GRAMMY, and it was ranked 100th on Billboard’s list of the top 200 albums of the decade.

In addition, ‘Ashanti’ debuted at number one on the U.S. Billboard 200 and first on the R&B/hip-hop albums chart. The album’s first-week sales topped at 504,593 units, making it the biggest first-week sales for a female artist’s debut! The Shade Room’s Buzy Baker attended the event and had the opportunity to chat with the singer about what she was most excited about when she dropped her debut album 20 years ago!!

Congratulations, Ashanti on another accolade!