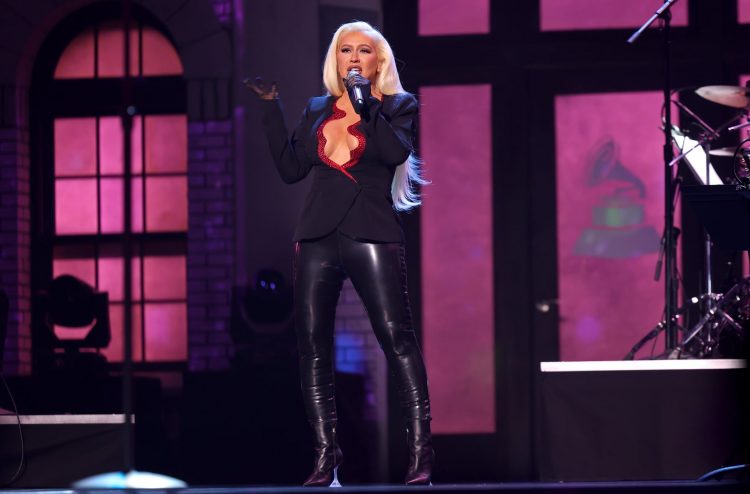 Christina Aguilera’s iconic “Beautiful” music video is getting a makeover 20 years after the song was first released. “In celebration of the 20 year anniversary of Stripped and World Mental Health Day, I’m honored to share a new music video for Beautiful, coming October 19th,” Aguilera captioned a clip from the video, posted on Oct. 11, one day after World Mental Health Day. “Tune out and turn in. Take your space, log off, put your mind, body, and soul first.”

The snippet centers on a roomful of young girls in matching two-piece leotards as they apply thick layers of makeup. Overhead, adult voices can be heard advising the girls not to slouch, to wear makeup if they want to be taken seriously, and to work out regularly — old adages that have been forced onto women and girls for decades.

When the original video first made its debut in 2002, Aguilera’s fans were awestruck by the raw beauty of the footage paired with the song’s emotional lyrics. “You are beautiful in every single way / words can’t bring you down / so don’t you bring me down today,” Aguilera sings over clips of a woman with anorexia examining herself in the mirror, a same-sex couple kissing, a trans woman preparing to go out, and young people being bullied for their appearances.

Since its release, Aguilera’s song and the accompanying video have been anthems for those seeking compassion and reassurance. While it’s human nature to live with the fear of judgment and rejection, Aguilera’s lyrics have uplifted the spirits of millions over the last two decades, making her decision to release a new music video on World Mental Health Day that much more meaningful.

Aguilera’s new “Beautiful” music video will be available on Oct. 19.