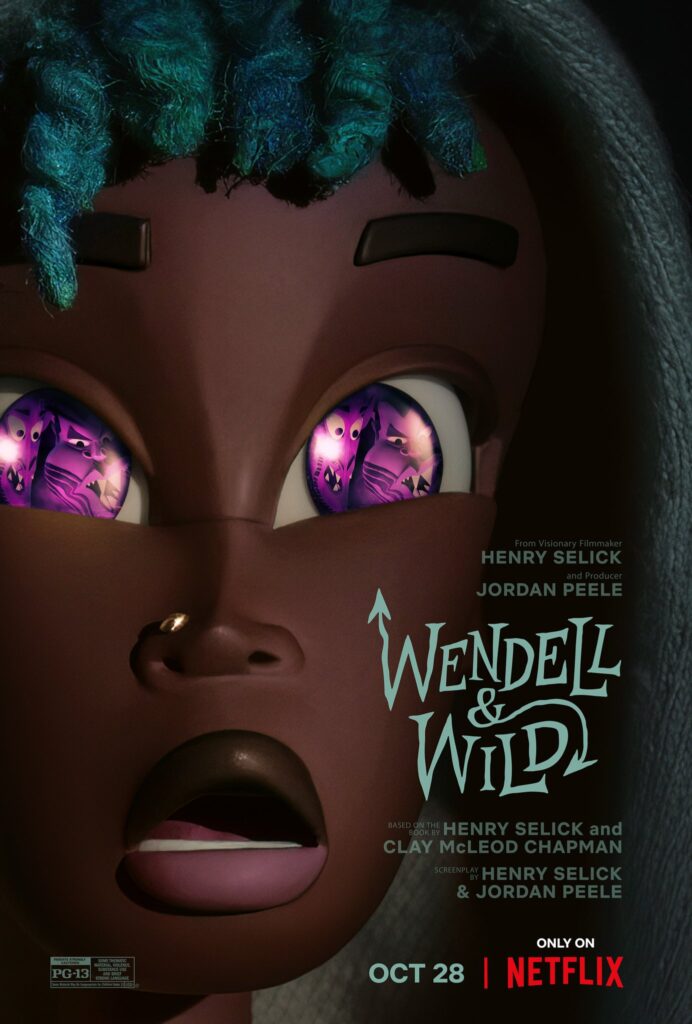 The Nightmare Before Christmas director Henry Selick and genre regular Jordan Peele (Get Out, Us, Nope) have teamed up for the stop-motion horror comedy Wendell & Wild, which is set to reach select theatres on October 21st before heading over to the Netflix streaming service on October 28th. So we’re going to have the chance to watch the movie just in time for Halloween! With those release dates swiftly approaching, a full trailer for Wendell & Wild has arrived online, and you can check that out in the embed above.

Scripted by Selick and Peele, Wendell & Wild is based on an unpublished book Selick wrote with Clay McLeod Chapman. The film has the following synopsis:

From the delightfully wicked minds of Henry Selick and Jordan Peele, comes Wendell & Wild, an animated tale about scheming demon brothers Wendell and Wild, who enlist the aid of 13-year-old Kat Elliot – a tough teen with a load of guilt – to summon them to the Land of the Living. But what Kat demands in return leads to a brilliantly bizarre and comedic adventure like no other, an animated fantasy that defies the law of life and death, all told through the handmade artistry of stop motion.

What did you think of the Wendell & Wild trailer? Will you be watching this movie, and if so, will you seek it out in theatres or watch it on Netflix? Let us know by leaving a comment below. I will definitely be watching it on Netflix at some point.