House Of The Dragon “My Love” Moment Was Improvised 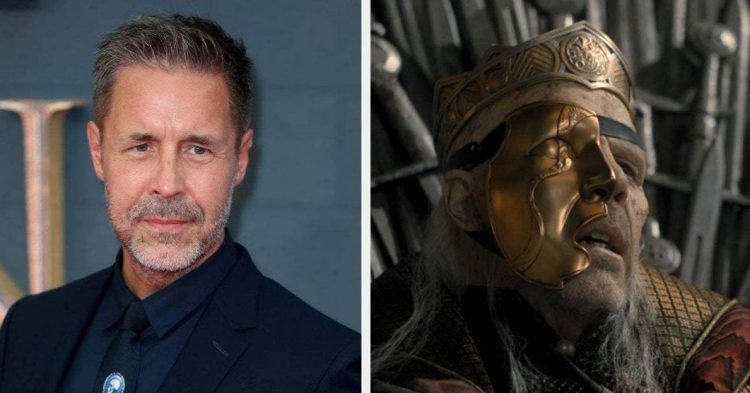 SPOILER WARNING!!! Spoilers for House of the Dragon Episode 8 follow! Don’t read on unless you’re all caught up.

If you’re caught up, you know that poor Viserys finally succumbed to his horrible injuries, but not before entering the throne room like a boss and clearing up Driftmark’s succession…and unfortunately also causing a misunderstanding that will launch the Dance of the Dragons.

Considine revealed that his final line as Viserys — when he reaches his hand out in front of him and whispers “my love” — was improvised! And he also revealed that yes, he is indeed talking about Aemma when he says it 😭.

“There were little instinctive things, improvisational moments that made it into the final cut,” Considine told Vulture. “The moment at the end — in my mind, I’ve made a choice that as he dies, he sees Aemma. When he reaches out and says, ‘My love,’ that’s what he sees the moment he dies.”

But that wasn’t the only thing that was improvised! One of my favorite moments of the whole episode was when, while Viserys is painfully attempting to walk up the steps to the throne, his crown falls off of his head. According to Considine, that was an accident, and Matt Smith (Daemon) improvised picking up the crown and helping his brother to the throne.

“It was a beautiful moment,” Considine said, “but afterward we went to Geeta [Vasant Patel, the episode’s director] and said, ‘Look, that’s gotta stay. That has to be a part of the scene. It’s too good a moment, and it says everything without words.’ These brothers, the back-and-forth they’ve had over the years, all the turmoil and the threats and the heartache and all that — this moment says everything. And it came out of an accident. And Geeta was great because she had the kind of experience and the artistry to see the moment and let us keep it.”

And just in case you don’t already adore Paddy Considine, he also revealed that he tried — and failed — to get the props department to let him bring the infamous Valyrian steel dagger home. But he did manage to take home one of his wigs, a stone dragon from his Old Valyria model city, and a coin with his face on it.

I’m gonna miss Viserys a lot as the series goes on, thanks in large part to Considine’s excellent performance. But for now, bring on the Dance of the Dragons!