Update: Brandy Speaks Out Amid Reported Hospitalization, Shares She’s Getting Much Needed Rest Due To ‘Dehydration & Low Amounts Of Nutrition’ 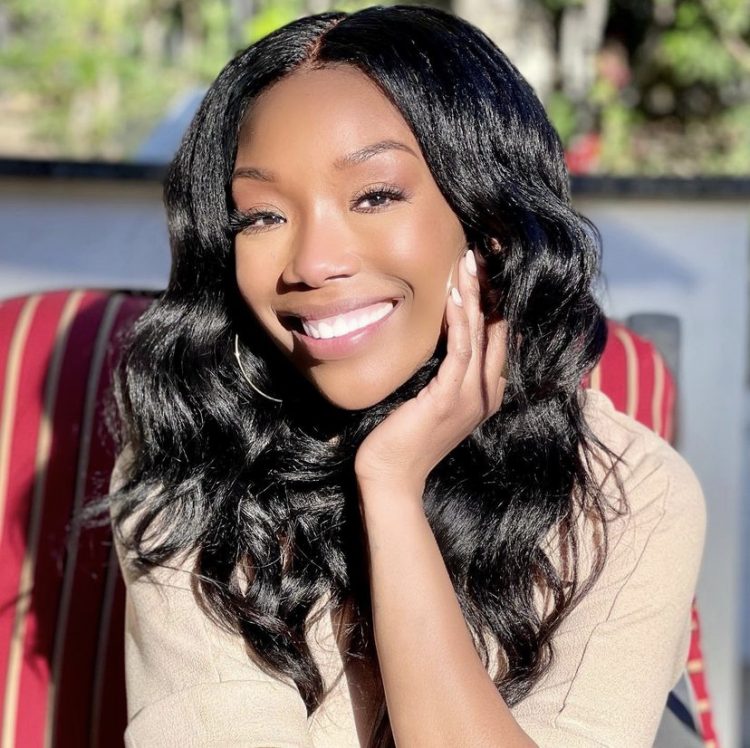 Update: Brandy Speaks Out Amid Reported Hospitalization, Shares She’s Getting Much Needed Rest Due To ‘Dehydration & Low Amounts Of Nutrition’

“To my beloved fam, friends, and starz thank you for sending love and light my way. I am following doctors’ orders and getting the rest I need due to dehydration and low amounts of nutrition. Thank you for your prayers and support. Grateful for you all, see you soon.” 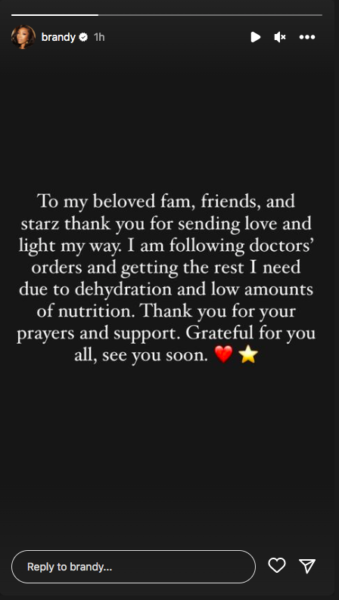 Original Story: (Oct. 12, 2022): According to reports, entertainer Brandy, 43, is recovering in an L.A. hospital after possibly suffering from a seizure. Details surrounding the scary incident are scarce at the moment. However, reports do claim that authorities received an EMS call to Brandy’s home at noon on Tuesday (Oct. 11). Allegedly, the call was because the “Have You Ever” singer suffered a seizure. She’s reportedly still in the hospital at this time with her parents by her side.

It’s unclear what caused the seizure or if there were other health issues as a result of the incident. But it appears Brandy is already on the road to recovery.

Brandy’s team has yet to speak on the situation.

Once she’s released from the hospital and feeling better, the actress will probably be returning to work. As previously reported,  news recently broke that she is starting in the upcoming A24’s psychological horror film “The Front Room.” The film also stars actress Kathryn Hunter, 65, and actors Andrew Burnap, 31, and Neal Huff. The project is being directed by brothers Max and Sam Eggers.

“The Front Room” is about a young, newly pregnant couple that has been forced to take in an estranged ailing stepmother. Brandy previously shared the exciting news about her project on IG. At the time, she said,

“God you’re Awesome!!!! I trust you with my entire life. Thank you for this amazing opportunity to work with this unbelievable cast, crew, and the studio everyone wants to work with and of course my Eggers fam” 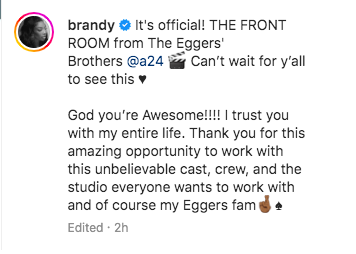