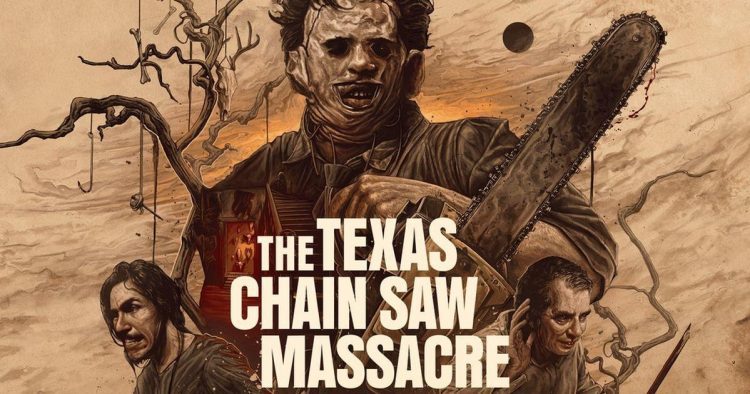 Gun Interactive and Sumo Nottingham are still working on the Texas Chainsaw Massacre video game, getting it ready to be played by fans all around the world… but in the meantime, Gun Interactive’s Wes Keltner has also teamed with composer Jim Bonney for a creative side project. A music album called Remains, which serves as a companion to the video game.

Keltner explained on the game’s official website, “This album is a direct reflection of what Kim Henkel wrote, influenced by the events that led up to that moment and why the Slaughter family did the things they did and it’s about that town that they grew up in and around. For generations, what that town did was process meat, from cattle to pigs, entire slaughterhouses really, and just like Henkel’s commentary on modernity overall, from automation to gas price and supply issues, he applied that to this small town. The modernization of the slaughterhouse caused the shortage of work, causing the town to dry up, their chief moneymaker in that town gone. And so some of them moved away and some of them remained. So it was latching on to that story as that’s actually the kickoff, the spark that led to this was that town falling.“

Bonney added, “Wes called and asked if I would be interested in writing music about what happened before the original Texas Chain Saw Massacre movie. The story of a town before their only source of income dried up. The story of a family, before they were left behind by friends or co-workers, with no job prospects, alone on their family homestead to fend for themselves the best they knew how. My mom is from a tiny town in the rust belt of central Ohio, that suffered a similar fate, and while my relatives fared a whole lot better than the Family in this story, how could I turn down an opportunity like that?“

The soundtrack for the Texas Chainsaw Massacre video game itself will be an entirely separate entity from the music found on the Remains album, and both will be available in their entirety on streaming services. If you want to know more about the Remains album, click over to the video game’s website. And if you want to hear a track from the album, there’s one embedded at the bottom of this article.

The Texas Chainsaw Massacre video game is set before the events of the original film and has the following set-up:

When Maria Flores went missing, and local law enforcement seemed to stall out in their search, her younger sister Ana teamed up with some of Maria’s friends from college to pick up the trail. It’s time for you to meet our cast of Victims.

The cast that has been assembled to bring the Texas Chainsaw Massacre video game’s characters to life includes genre icon Kane Hodder, who is doing the motion-capture performance for Leatherface; Edwin Neal, providing the voice of the Hitch-hiker, the character he played in the original Texas Chainsaw Massacre; and Scout Taylor-Compton (Rob Zombie’s Halloween), Kristina Klebe (Don’t Kill It), Sean Whalen (The People Under the Stairs), and Damian Maffei (The Strangers: Prey at Night) in unspecified roles.

Let us know if you’re looking forward to the Texas Chainsaw Massacre video game and what you think of this music track from the Remains album by leaving a comment below.