The Masks We’ll Wear in the Next Pandemic 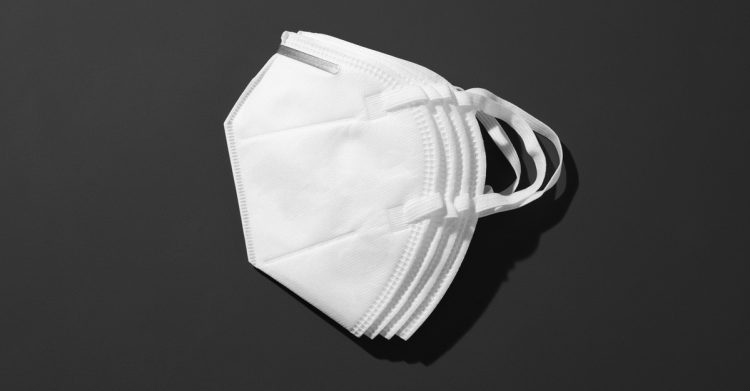 On one level, the world’s response to the coronavirus pandemic over the past two and half years was a major triumph for modern medicine. We developed COVID vaccines faster than we’d developed any vaccine in history, and began administering them just a year after the virus first infected humans. The vaccines turned out to work better than top public-health officials had dared hope. In tandem with antiviral treatments, they’ve drastically reduced the virus’s toll of severe illness and death, and helped hundreds of millions of Americans resume something approximating pre-pandemic life.

And yet on another level, the pandemic has demonstrated the inadequacy of such pharmaceutical interventions. In the time it took vaccines to arrive, more than 300,000 people died of COVID in America alone. Even since, waning immunity and the semi-regular emergence of new variants have made for an uneasy détente. Another 700,000 Americans have died over that period, vaccines and antivirals notwithstanding.

For some pandemic-prevention experts, the takeaway here is that pharmaceutical interventions alone simply won’t cut it. Though shots and drugs may be essential to softening a virus’s blow once it arrives, they are by nature reactive rather than preventive. To guard against future pandemics, what we should focus on, some experts say, is attacking viruses where they’re most vulnerable, before pharmaceutical interventions are even necessary. Specifically, they argue, we should be focusing on the air we breathe. “We’ve dealt with a lot of variants, we’ve dealt with a lot of strains, we’ve dealt with other respiratory pathogens in the past,” Abraar Karan, an infectious-disease physician and global-health expert at Stanford, told me. “The one thing that’s stayed consistent is the route of transmission.” The most fearsome pandemics are airborne.

Read: The plan to stop every respiratory virus at once

Numerous overlapping efforts are under way to stave off future outbreaks by improving air quality. Many scientists have long advocated for overhauling the way we ventilate indoor spaces, which has the potential to transform our air in much the same way that the advent of sewer systems transformed our water. Some researchers are similarly enthusiastic about the promise of germicidal lighting. Retrofitting a nation’s worth of buildings with superior ventilation systems or germicidal lighting is likely a long-term mission, though, requiring large-scale institutional buy-in and probably a considerable amount of government funding. Meanwhile, a more niche subgroup has zeroed in on what is, at least in theory, a somewhat simpler undertaking: designing the perfect mask.

Two and a half years into this pandemic, it’s hard to believe that the masks widely available to us today are pretty much the same masks that were available to us in January 2020. N95s, the gold standard as far as the average person is concerned, are quite good: They filter out at least 95 percent of .3-micron particles—hence N95—and are generally the masks of preference in hospitals. And yet, anyone who has worn one over the past two and a half years will know that, lucky as we are to have them, they are not the most comfortable. At a certain point, they start to hurt your ears or your nose or your whole face. When you finally unmask after a lengthy flight, you’re liable to look like a raccoon. Most existing N95s are not reusable, and although each individual mask is pretty cheap, the costs can add up over time. They impede communication, preventing people from seeing the wearer’s facial expressions or reading their lips. And because they require fit-testing, the efficacy for the average wearer probably falls well short of the advertised 95 percent. In 2009, the federal government published a report with 28 recommendations to improve masks for health-care workers. Few seem to have been taken.

These shortcomings are part of what has made efforts to get people to wear masks an uphill battle. NIOSH, the federal agency tasked with certifying and regulating masks, appears to be overworked and underfunded. To make matters more complicated, Joe and Kim Rosenberg, who in the early stages of the pandemic launched a mask company that applied unsuccessfully for NIOSH approval, told me the certification process is somewhat circular: A successful application requires huge amounts of capital, which in turn require huge amounts of investment, but investors generally like to see data showing that the masks work as advertised in, say, a hospital, and masks cannot be tested in a hospital without prior NIOSH approval. NIOSH did not return a request for comment before this story was published, but afterward, a spokesperson told me that the agency has received far more applications during the pandemic than it did before, and that it is “working closely with both current approval holders and new applicants to process applications as expeditiously as possible.”

New products aside, there do already exist masks that outperform standard N95s in one way or another. Elastomeric respirators are reusable masks that you outfit with replaceable filters. Depending on the filter you use, the mask can be as effective as an N95 or even more so. When equipped with HEPA-quality filters, elastomerics filter out 99.97 percent of particles. And they come in both half-facepiece versions (which cover the nose and mouth) and full-facepiece versions (which also cover the eyes). Another option are PAPRs, or powered air-purifying respirators—hooded, battery-powered masks that cover the wearer’s entire head and constantly blow HEPA-filtered air for the wearer to breathe.

Given the challenges of persuading many Americans to wear even flimsy surgical masks during the past couple of years, though, the issues with these superior masks—the current models, at least—are probably disqualifying as far as widespread adoption would go in future outbreaks. Elastomerics generally are bulky, expensive, limit range of motion, obscure the mouth, and require fit testing to ensure efficacy. PAPRs have a transparent facepiece and in many cases don’t require fit testing, but they’re also bulky; currently cost more than $1,000 each; and, because they’re battery-powered, can be quite noisy. Neither, let me assure you, is the sort of thing you’d want to wear to the movie theater.

Read: Is it time to start masking again?

The people who seem most fixated on improving masks are a hodgepodge of biologists, biosecurity experts, and others whose chief concern is not another COVID-like pandemic but something even more terrifying: a deliberate act of bioterrorism. In the apocalyptic scenarios that most worry them—which, to be clear, are speculative—bioterrorists release at least one highly transmissible pathogen with a lethality in the range of, say, 40 to 70 percent. (COVID’s is about 1 percent.) Because this would be a novel virus, we wouldn’t yet have vaccines or antivirals. The only way to avoid complete societal collapse would be to supply essential workers with PPE that they can be confident will provide infallible protection against infection—so-called perfect PPE. In such a scenario, N95s would be insufficient, Kevin Esvelt, an evolutionary biologist at MIT, told me: “70-percent-lethality virus, 95 percent protection—wouldn’t exactly fill me with confidence.”

Existing masks that use HEPA filters may well be sufficiently protective in this worst-case scenario, but not even that is a given, Esvelt told me. Vaishnav Sunil, who runs the PPE project at Esvelt’s lab, thinks that PAPRs show the most promise, because they do not require fit testing. At the moment, the MIT team is surveying existing products to determine how to proceed. Their goal, ultimately, is to ensure that the country can distribute completely protective masks to every essential worker, which is firstly a problem of design and secondly a problem of logistics. The mask Esvelt’s team is looking for might already be out there, just selling for too high a price, in which case they’ll concentrate on bringing that price down. Or they might need to design something from scratch, in which case, at least initially, their work will mainly consist of new research. More likely, Sunil told me, they’ll identify the best available product and make modest adjustments to improve comfort, breathability, useability, and efficacy.

Esvelt’s team is far from the only group exploring masking’s future. Last year, the federal government began soliciting submissions for a mask-design competition intended to spur technological development. The results were nothing if not creative: Among the 10 winning prototypes selected in the competition’s first phase were a semi-transparent mask, an origami mask, and a mask for babies with a pacifier on the inside.

In the end, the questions of how much we should invest in improving masks and how we should actually improve them boil down to a deeper question about which possible future pandemic concerns you most. If your answer is a bioengineered attack, then naturally you’ll commit significant resources to perfecting efficacy and improving masks more generally, given that, in such a pandemic, masks may well be the only thing that can save us. If your answer is SARS-CoV-3, then you might worry less about efficacy and spend proportionally more on vaccines and antivirals. This is not a cheery choice to make. But it is an important one as we inch our way out of our current pandemic and toward whatever waits for us down the road.

For the elderly and immunocompromised, super-effective masks could be useful even outside a worst-case scenario. But more traditional public-health experts, who don’t put as much stock in the possibility of a highly lethal, deliberate pandemic, are less concerned about perfecting efficacy for the general public. The greater gains, they say, will come not from marginally improving the efficacy of existing highly effective masks but from getting more people to wear highly effective masks in the first place. “It’s important to make masks easier for people to use, more comfortable and more effective,” Linsey Marr, an environmental engineer at Virginia Tech, told me. It wouldn’t hurt to make them a little more fashionable either, she said. Also important is reusability, Jassi Pannu, a fellow at the Johns Hopkins Center for Health Security, told me, because in a pandemic, stockpiles of single-use products will almost always run out.

Stanford’s Karan envisions a world in which everyone in the country has their own elastomeric respirator—not, in most cases, for everyday use, but available when necessary. Rather than constantly replenishing your stock of reusable masks, you would simply swap out the filters in your elastomeric (or perhaps it will be a PAPR) every so often. The mask would be transparent, so that a friend could see your smile, and relatively comfortable, so that you could wear it all day without it cutting into your nose or pulling on your ears. When you came home at night, you would spend a few minutes disinfecting it.

Karan’s vision might be a distant one. America’s tensions over masking throughout the pandemic give little reason to hope for any unified or universal uptake in future catastrophes. And even if that happened, everyone I spoke with agrees that masks alone are not a solution. They’re almost certainly the smallest part of the effort to ensure that the air we breathe is clean, to change the physical world to stop viral transmission before it happens. Even so, making and distributing millions of masks is almost certainly easier than installing superior ventilation systems or germicidal lighting in buildings across the country. Masks, if nothing else, are the low-hanging fruit. “We can deal with dirty water, and we can deal with cleaning surfaces,” Karan told me. “But when it comes to cleaning the air, we’re very, very far behind.”