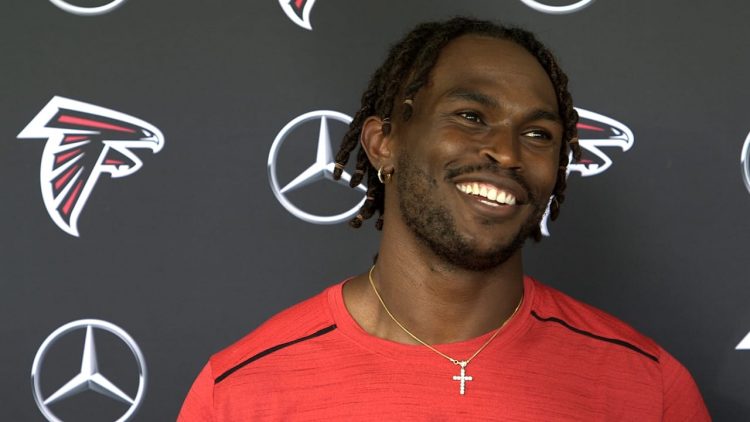 Julio Jones’ home was was burglarized Tuesday (Oct. 11) while the former Atlanta Falcons player was in Florida playing in his first season with the Tampa Bay Buccaneers.

Atlanta police say they received a call about the burglary Tuesday night. Atlanta 911 provided a detailed description of items taken including NFL clothing, a watch and Charles Barkley Nike shoes. 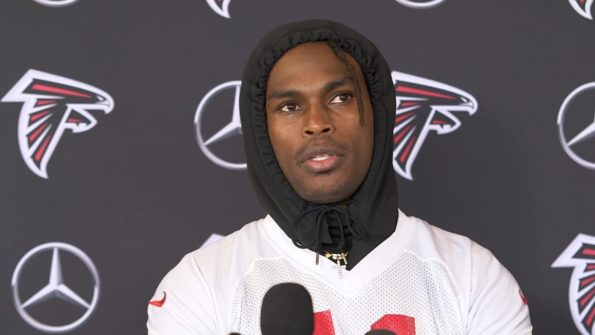 According to Atlanta police, officers used technology to gather the physical description of the male suspect and blasted the information over the radio. Shortly after, an officer working off-duty spotted a man matching the description. The man who was later identified as 31-year-old Martin Williams, was reportedly wearing one of the stolen sweatshirts when the officer approached him.

Body cam footage shows the moment that Williams was arrested.

The officer could be heard asking the man,

“Do you have any weapons on you?”

The video also shows the suspect appearing to wear the actual items taken from Julio Jones’ home, including a sweatshirt.

“When he apprehended the male, he did have on one of his sweatshirts that were stolen from the residence, the exact description provided by the victims and that helped lead to the arrest.”

Captain Vayens credits the detailed descriptions given over the radio to leading to a swift arrest in this case.

Atlanta police said Williams was booked into the Fulton County Jail and charged with two counts of first-degree burglary.

When Julio Jones returns home, he will be able to retrieve the stolen items.