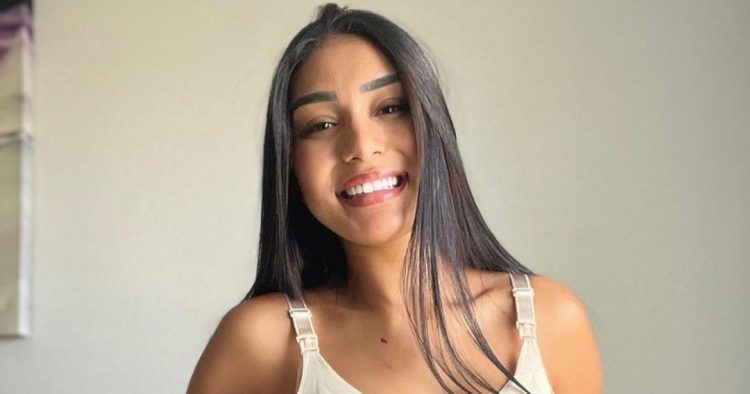 90 Day Fiancé star Thaís Ramone is embracing her pregnancy body as she shared a completely nude maternity photo of herself.

While taking to Instagram on Sunday, October 16, the Brazil native, 25, left little to the imagination as she flaunted her growing baby bump in a black and white photo. She used her hands to block her breasts and cradle her belly while smizing into the camera.

“35 weeks full of love,” the soon-to-be mama captioned the photo along with the hashtags, art and pregnant.

Several of her former season 9 costars were quick to rush to the comment section to compliment the maternity photo.

Thaís and her husband, Patrick Mendes, first announced they were expecting on the season 9 tell-all, alongside fellow couple, Kara Bass and Guillermo Rojer.

Moving was a major point of contention between Thaís and Patrick in the series so the pair tried the new state on a “trial run” before making the big investment.

“I felt a little guilty taking Thaís from one place to another place. I think the move itself has made our relationship better,” the soon-to-be dad explained to Vegas Magazine in August. “[I am from here but] when we were here for a short stay [and] going out to clubs, I think the perception is that if you move here that’s going to be your life. I had to have her believe that we could live here.”

While the former bodybuilder left the final decision up to his wife, he revealed she was the one who brought up “it would be better to live here.”

“Here we have more people to support us,” Thaís added while revealing her November 2022 due date. “In Dallas, I only have two friends and Patrick doesn’t have anyone there. We have three friends pregnant here.”