Jalen Rose’s Sister Accuses The Retired NBA Star Of Kicking Her Out Of Their Late Mothers Home: I’m Tired Of Taking Abuse In Silence To Maintain His Public Image!

Jalen Rose’s Sister Accuses The Retired NBA Star Of Kicking Her Out Of Their Late Mothers Home: I’m Tired Of Taking Abuse In Silence To Maintain His Public Image!

Jalen Rose’s sister is launching accusations amid being frustrated with her brother. 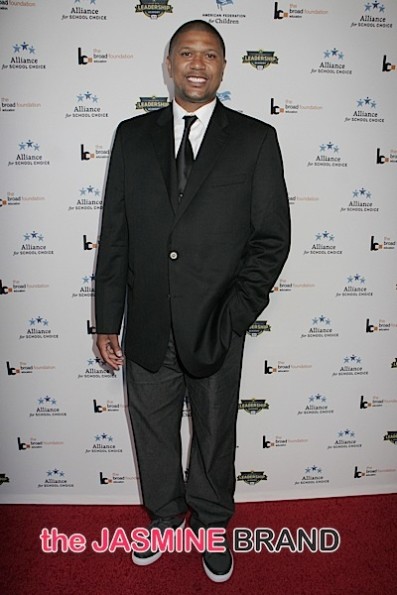 According to reports, Tamara Rose, Jalen Rose’s sister, has taken to social media to express her feelings regarding her brother allegedly forcing her to leave their deceased mother’s home. Tamara Rose recorded her brother as he hosted a viewing of their late mothers home to a potential buyer. In a deleted Instagram post, Tamara Rose shared:

“My mother passed 20 months ago. I am still grieving her loss. How dare you bring anybody in here to go in my mother’s room.”

Tamara, who claimed she has been living in the house for almost four years, continued:

“I’m your sister, grew up in the same house with you, took care of you, raised you. You would do this to me. You let these white people see you treat your sister this way with no conscious, heart or soul. The way I’ve been bullied, threatened, taunted, harassed, disregarded and disrespected us totally.”

Throughout the video, Jalen Rose is heard in the background telling his sister that she is squatting. Tamara fights back and reiterates that she rightfully lives in the home. She added:

“This is what happens when you find your voice, decide to tell the truth, and are no longer protecting your abuser.

“I’m tired of being quiet, I’m tired of taking abuse in silence to maintain his public image! Knowing he’s been lying for the last 26 years. This man has rewritten our family history with his lies.”

“This man Jalen called me a squatter (in this video) two times in front of a white woman who was a complete stranger. I’ve lived here since 2019 — happily and was honored to be able to take care of my mother and grandmother in this home until they both passed.”

Tamara described the retired NBA star as a “fake” celebrity who only discusses about how much he loves his mother to enhance his public image.

What are your thoughts about the accusations brought against Jalen Rose by his sister? Share it with us in the comments below.