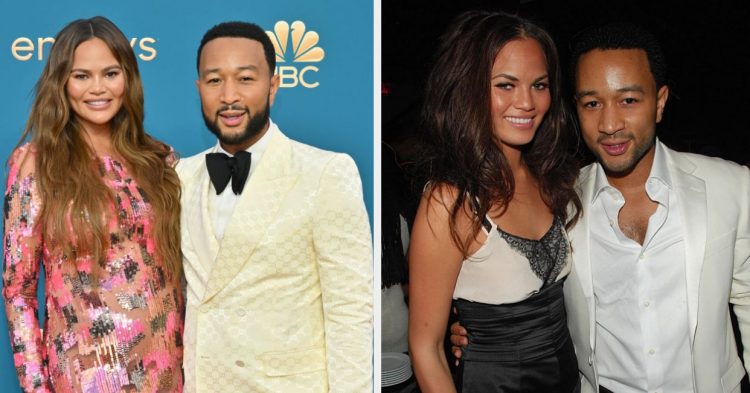 John Legend and Chrissy Teigen have been married for nearly a decade, and now the Grammy winner is shining a light on their earlier years.

During a recent episode of the On Purpose With Jay Shetty podcast, John opened up about how he’s evolved throughout his relationship with Chrissy and why he considered himself “selfish” when they began dating.

“I think I was more selfish then,” John told Jay about the early days of their romance. “I wasn’t a great partner at the beginning of our relationship.”

“Even though I was very into her and very excited to be with her. I was still selfish. I was in my mid-20s, still not ready to fully be the committed partner that I am now.”

John and Chrissy met back in 2006 on the set of John’s music video “Stereo.” Chrissy was playing his leading lady in the video, and has remained the leading lady in his life ever since.

The two got engaged in 2011 and eventually married in September 2013. They share two children together — Luna, 6, and Miles, 4 — and a third child is on the way.

John went on to speak candidly about learning to become a better partner in his relationship and how maturing brought them to where they are today.

“Once you really figure out that you love someone and [what] you really love so much about them, and you really want to make it work with that person, like, you have to decide, ‘I’m going to do the things that I need to do to be a good partner in this relationship,’” he explained.

“And I’ve just grown as a person ’cause of that too. When you stop being so selfish when you think about not only the joy you get from a situation and the pleasure you get from it, but you also think about your responsibility and your commitment in that situation.”

John added that it takes time to become the person you truly want to be, and thankfully, time was on his side. He was not only able to learn more about himself along the way, but also learned to appreciate Chrissy in her entirety more.

To learn more about John, be sure to check out his full interview with Jay Shetty below.