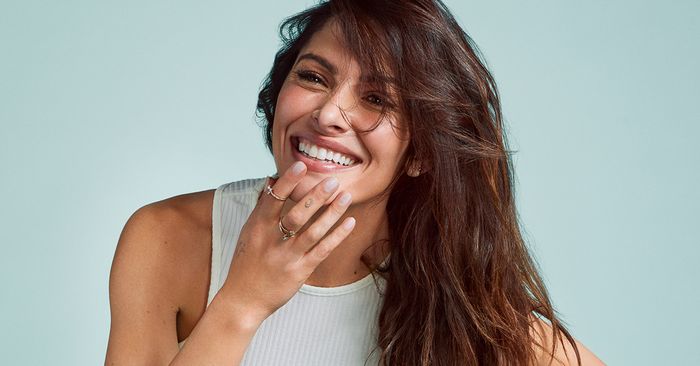 This movie is so action-packed and features incredible special effects. What was your reaction to seeing the completed film for the first time?

Jessica, I was blown away. I almost started crying. For the most part, I was doing green screen for everything. And this was the first time I’ve ever been in a movie like this before. When I saw the final product, I almost got down to my knees and started weeping because I felt so grateful. I can’t believe this is what I am in. I never, in my wildest dreams, could have imagined it to be that. And the way they shot those action sequences and the soundtrack with it, it was art. That’s a combination of not just the CGI and the special-effects team but Jaume, most definitely Jaume. And then our DP, Lawrence Sher, he’s just out of this world. He won an Oscar for Joker. And just going back to the Western references—like Lawrence of Arabia, The Good, the Bad and the Ugly—those big cinematic-scope Westerns were definitely a style inspiration for this movie. And oh my god, did they pull it off.

Okay, let’s switch gears for a minute. Everyone wants to know when season two of Sex/Life is happening. What, if anything, can you tell us about what’s next for Billie?

[The date of] season two of Sex/Life has not been announced yet, but I’m pretty sure it’s happening next year sometime. But I’m not at liberty to say more than that now. All I can say about that is the season this year is a little different. The themes this year are really about hope and second chances—wherever your imagination can go, if you can imagine Billie talking about second chances, [and] what that would mean.

And for me, I’m sitting in this chair right now in front of you. I don’t really know too many people who have this opportunity. To sit here and talk to you about the Netflix series, this huge movie I’m a part of, and to be a female in this position is just really fucking cool to me. At the end of the day, I sit back and think, “Damn—no matter how things pan out, I’m just lucky.” I’m so grateful.

The show was watched by 67 million households in its first four weeks and centers on empowered female sexuality, which we don’t see a lot on TV. Did you know it would be such a hit?

No, not at all. My job as an actor is to tell the highest level of truth for this character. That’s the only thing I can think of—to focus on her emotions, her feelings, who she is. To make sure I’m acting between the lines and to be so full of life and be present and just raw, that was my job. I also had a lot of personal life to draw from at the moment. I’m actually writing a book right now about all of that. But I was floored when I saw the response that all those people tuned in. Again, I sit here with so much humbleness. I guess hard work works. And keep going. Just put your head down, stop and smell the roses every once in a while, but this too shall pass just like everything else. I don’t get too attached to success. I don’t get too attached to failure. I just try to do me every single step of the way, and as long as my kids are provided for and I’m happy and healthy and they are too, that’s all I care about.