2022 is like a splash of cold water for crypto bros, retail traders, van lifers, and remote workers 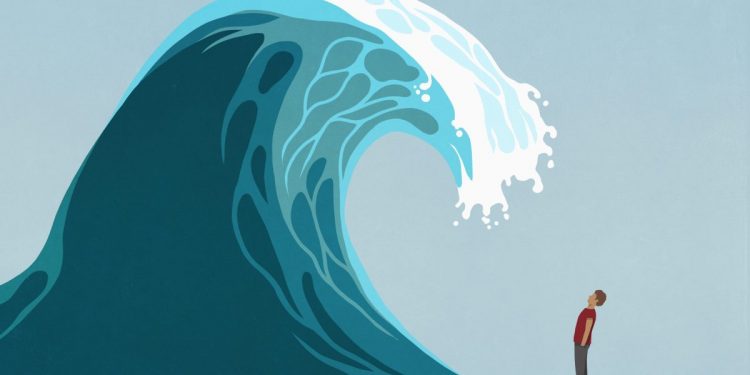 This year has been a difficult one on many fronts. Russia invaded Ukraine. Inflation has soared around the world. Europe is contending with an energy crisis heading into winter. Developing nations are contending with a food crisis. And to top it off, a global recession is widely expected, if it isn’t already here.

To Americans, 2022 has delivered a whole set of truths closer to, well, home. All the trends that characterized the 2010s have come crashing down in a historic fit of economic destruction. Think of the crypto bro or meme stock retail trader whose big profits have turned into steep losses. Or consider the remote worker who fled a big city only to worry that their job will be the first axed in layoffs. Even many van lifers, who seemed in the last decade to have found a way to largely escape the world’s worries, have grown disillusioned with the nomadic lifestyle glorified in TikTok and Instagram posts.

For these Americans, 2022 has felt like a splash of cold water. The Federal Reserve is a big reason why. For the past dozen years, the U.S. central bank’s inflation-boosting policy of super-low interest rates and massive bond purchases fueled an “everything bubble,” in which prices of assets across the board seemed to hit new highs.

The resulting “wealth effect” couldn’t last forever, and this year marked its end, with the Fed vowing to fight sky-high inflation with higher interest rates—even if it means a recession. “While higher interest rates, slower growth, and softer labor market conditions will bring down inflation, they will also bring some pain to households and businesses,” Fed Chair Jerome Powell warned this summer.

With the Fed remaining hawkish, stock markets have had a bad year—the S&P 500 has fallen more than 20% year to date. Nervously watching one’s 401(k) has become an unhealthy obsession for many.

Cryptocurrency investors have had an even worse year. High hopes have been hard to maintain during the “crypto winter” of 2022. Bitcoin is down over 50% year to date, and other cryptocurrencies have fallen even more in a widespread selloff that’s made a mockery of the mantra “buy the dip.”

Meme stock investors have also faced disappointment. Bed Bath & Beyond shares topped $22 in March, but its struggles soon became apparent, its CFO committed suicide last month, and its share price is now under $6. AMC Entertainment, another meme favorite, has also seen a significant drop, as has video game retailer GameStop.

The speculation in crypto and meme stocks wasn’t healthy in any case, said Ken Griffin, CEO of hedge fund Citadel. “Money misallocated in speculative assets doesn’t create jobs in the long run [and] doesn’t help to create the long-term prosperity that makes America the country that it is,” he said late last month at the CNBC Delivering Alpha conference.

Not everyone joined the speculation frenzy, of course. Some Americans decided to leave the stress behind by embracing “van life.” The alternative lifestyle caught on among remote workers during the pandemic, after becoming popular in the 2010s among millennials seeking nomadic adventure. Videos romanticizing the lifestyle—drinking wine under the stars, sleeping by the beach—garnered millions of views on Instagram and TikTok, and van-conversion companies struggled to keep up with soaring demand amid supply chain woes.

But as Fortune reported this week, many of those trying van life have grown disillusioned with it, sometimes after spending a significant portion of their savings on converting or renovating a vehicle. One 33-year-old described it as “glorified homelessness” and griped about gas prices. Another said more bluntly, “Van life influencer culture is full of sh––,” complaining, among other things, of endless repairs and having to pay for hotel rooms when it’s too hot to sleep in a van.

Other van lifers have griped about having to constantly figure out where to park and sleep, bathroom and showering challenges, and public perceptions of them leaning more toward “bums” than “adventurous” when a parking lot becomes home for the night.

Of course, van life remains popular, and companies are cashing in. Ford is teasing an upcoming camper van called the Transit Trail, with one executive tweeting a van life video about it and writing, “From job site to campsite.” But for many, the day-to-day reality of the lifestyle has proven far removed from the glamorous videos of it on Instagram.

For workers hoping they can continue working from vans or home or even secretly from Bali, 2022 hasn’t been too kind, either, with high-profile CEOs signaling more resistance to the idea. That’s led to remote workers, many of whom claimed to be more productive outside the office during the pandemic, feeling less confident about their work arrangements and prospects.

Tesla CEO Elon Musk said in May that “remote work is no longer acceptable” and employees unhappy with the change should “pretend to work somewhere else.”

BlackRock CEO Larry Fink said last month his investment firm would take a “harder line” toward remote work and that bringing workers back to the office would help reduce America’s record inflation.

Citadel’s Griffin isn’t big on remote work, either. Earlier this month he advised ambitious young professionals against it and said it’s time for America to return to the office and “get back at it.”

With 98% of CEOs expecting a recession in the U.S. in the next 12 to 18 months, according to a new survey from the Conference Board, remote workers increasingly fear they’ll be among the first employees to be fired in potential layoffs. A survey of managers released this month by software firm Beautiful.AI suggests they are right to be scared.

Then there is this worry: If work can be done remotely, might companies eventually outsource it? Surely a worker somewhere in the world is happy to do the job for less.

Anna Stansbury, who teaches the future of work at the MIT Sloan School of Management, warned this month about that possibility, using Google and Facebook coders as an example. If they were able to work “for a year and a half without ever going to the office, it seems very, very likely that a lot of companies will be rethinking this longer-term and outsourcing those kinds of jobs that didn’t used to be outsourced,” she said.

Remote work, meme stocks, cryptocurrencies and even van life gave many Americans a sense they could gain more control over their lives. 2022 has been a reminder that much larger forces sometimes grab the steering wheel.