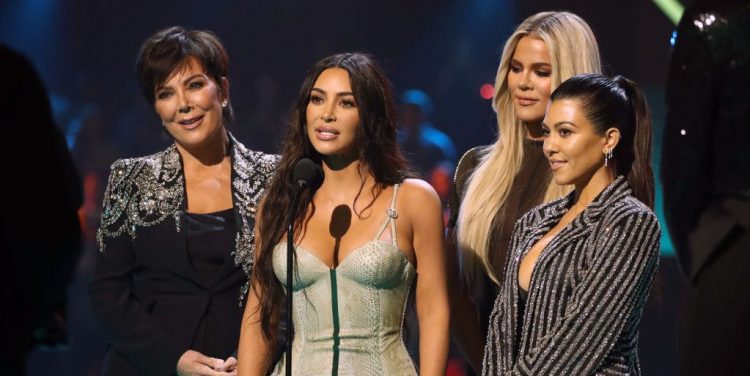 Pete Davidson made his first official appearance with Kim Kardashian on Thursday, when the new couple attended the premiere of Kardashian’s new show on Hulu, The Kardashians in Los Angeles. But he hasn’t made any appearances in the show itself and he likely won’t for some time.

According to reports from TMZ, Kardashian will talk about her new boyfriend in season 1 of the show, but he won’t be seen on camera until season 2 at the earliest. Kardashian told Variety in an earlier interview, “I have not filmed with him… and I’m not opposed to it. It’s just not what he does. But if there was an event happening and he was there, he wouldn’t tell the cameras to get away.”

On premiere night, the couple was by one another’s sides all through the night, parting to socialize and then coming back together, according to sources at the event. Davidson was treated “as very much a part of the family,” one source told Page Six.

“All the kids were there, so he’s met them all now,” they said. “He was hanging out with Scott Disick and Jonathan Cheban. Him and Kim seemed very comfortable together.”

A second insider said, “Pete hung out with Kim most of the night and was friendly with everyone.”

But they were not formally photographed on the red carpet together.

“He’s here to support me. It’s my thing,” Kim told E!’s Daily Pop at the premiere as she walked the red carpet without him. “I don’t think it’s his thing to be all up here with me. So, I’m just so happy he’s here.”

They also left together, heading off with Kourtney Kardashian and her partner, Travis Barker, to an after party event at Jon & Vinny’s.