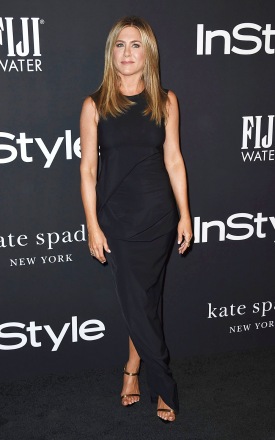 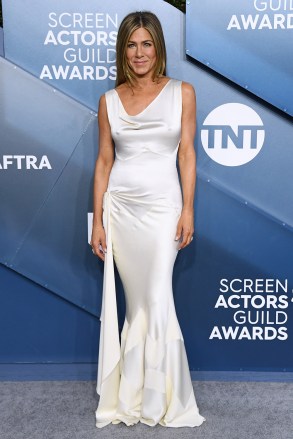 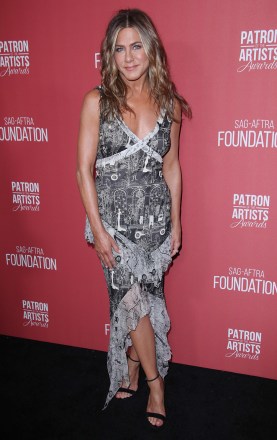 Jennifer Aniston shared the sad news on her Instagram this week that her beloved father, John Aniston passed away at age 89 on November 11. In a heartfelt post that has garnered 4.5 million likes, Jennifer wrote, “Sweet papa, John Anthony Aniston. You were one of the most beautiful humans I ever knew. I am so grateful that you went soaring into the heavens in peace – and without pain. And on 11/11 no less! You always had perfect timing. That number will forever hold an even greater meaning for me now. I’ll love you till the end of time.” The comment section on the post quickly filled up with caring and supportive messages from many of her celebrity friends, including former Friends cast member, Lisa Kudrow, who commented with a simple heart emoji.  HollywoodLife has EXCLUSIVELY learned, however, that it was not only on social media that Jennifer’s former costars have shown their support — but in real life too.

According to a source, Lisa, 59, and Courteney Cox, 53 — who starred alongside Jennifer, 53, as Pheobe and Monica, respectively, on Friends from 1994 until 2004 — have been there for their heartbroken pal ever since the sad passing of her dad almost one week ago. “Lisa and Courteney have been there for Jen so much this past week and Jennifer has really leaned on both of them for emotional support,” the insider told us. “Lisa and Courteney know how hard it is to lose a parent and they also know how much Jen’s father meant to her. He was such a sweet man who always treated them with love.”

At the start of the Covid-19 pandemic, Lisa lost her mother, which she talked about in an interview that aired on The Howard Stern Show. Lisa said that she was “not entirely sure” if her mother died from Covid-19 because they “didn’t have tests” at the time. However, she said that — even with a deadly virus going around — Jen and Courtney “came running” to be by her side. Lisa said in the interview, “That was really nice. They came to the funeral, it wasn’t a lot of notice, and they were there.” According to our source, “When Lisa’s mom died in 2020, she leaned on Jen and Courteney, who were her shoulders to cry on.”

“All three of them have helped each other through some hard times over the years and celebrated with each other in the good times,” the source told HollywoodLife. “Lisa and Courteney, as well as Jen’s other close friends, rushed to be by her side and will be there every step of the way. They would do absolutely anything for her. Lisa will always consider Jen and Courteney to be like family to her and there is nothing that she wouldn’t do for those ladies.” But it isn’t only Jen’s former female costars that have shown her love in the days after the death of her father John, who had a longtime role on the soap opera, Days of Our Lives.

A separate source close to Matthew Perry, 53 — who opened up about his struggles with addiction in his recent book, Friends, Lovers, and the Big Terrible Thing: A Memoir — also reached out to show his support to Jennifer. “Matthew adores Jen and will support her through this any way he can. He’s always had a great heart, but now that he’s sober he can really show up for the people he cares about,” the second source said. “He’s been checking in on her and will continue to do so. She’s been such an incredible support for him, hopefully, he can lend her a little strength during this tough time.”

Jennifer Aniston’s Dad: Everything To Know About John Aniston & Their Relationship