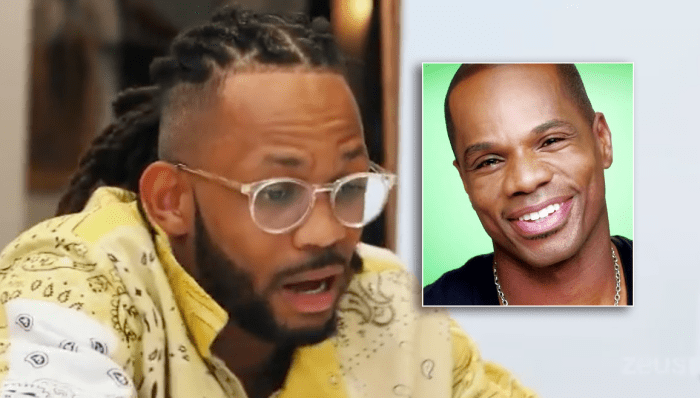 Gospel singer Kirk Franklin’s son Kerrion was arrested yesterday in Beverly Hills. Police are not giving details on the arrest, but MTO News has learned that Kirk’s son was picked up in Beverly Hills.

According to our insiders Kerrion and a number of other men were filming their new reality show Bad Boys Of LA, which is currently airing on the Zeus Network, MTO News confirmed.

And while driving through the Los Angels neighborhood, he was pulled over and arrested.

Beverly Hills Police claim that hey stopped Kirk’s son  for a broken car taillight. And when the cops searched his car, they had discovered an illegal pistol.

But there’s more to the story. Kerrion’s friend and podcaster Larry Reid is reporting that, after discovering the weapon, police discovered that the car he was driving did not belong to him either….but allegedly  a missing woman who is rumored to be murdered!

Kerrion Is now being held without bond, before he is extradited to Texas, the state where that woman was killed.

Kerrion made news last week, when on the latest episode of Bad Boys Of LA, the gospel singer’s son came out of the closet as a member of the LGBTQ tribe.

Kerrion’s father Kirk is American choir director, gospel singer, dancer, songwriter, and author. He is best known for leading urban contemporary gospel choirs such as The Family, God’s Property, and One Nation Crew (1NC) among many others. He has won numerous awards, including 16 Grammy Awards.

Variety dubbed Franklin as a “Reigning King of Urban Gospel”, and is one of the inaugural inductees into the Black Music & Entertainment Walk of Fame.