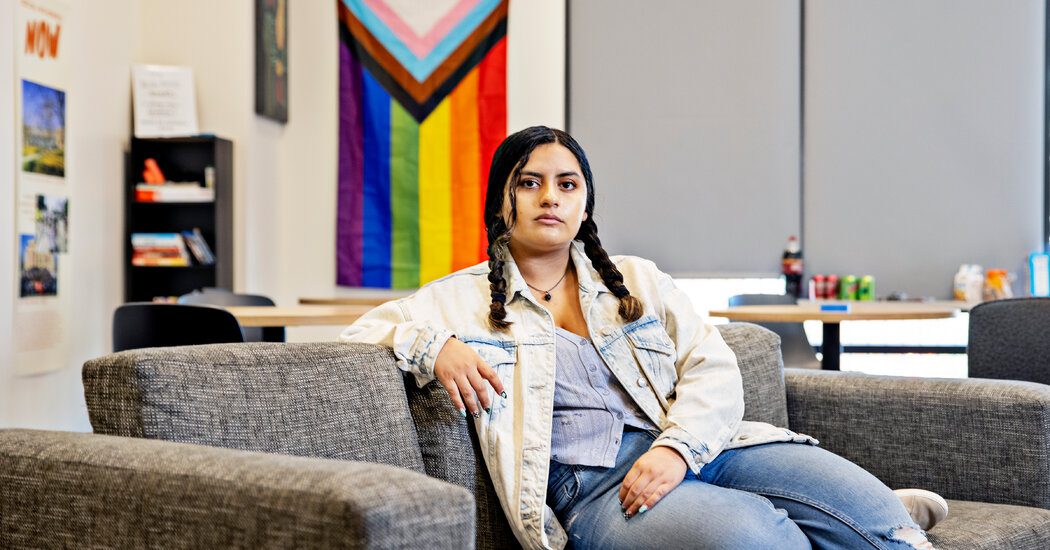 A year after she spoke with Mr. Cox during that town hall, Ms. Merida, now 19 and a student at the University of Utah, has watched the developments in her state with alarm. As a bisexual teenager who has confronted mental health challenges, she said she had engaged Mr. Cox because she was worried about higher suicide risk among L.G.B.T.Q. youths.

“It’s tragic. It’s devastating, especially for trans youth,” she said. “During these times, you feel kind of helpless. But you keep on fighting.”

President Biden made overtures to transgender Americans in his State of the Union address, and the administration has taken other steps. But some want other Democrats to push back harder.

“Republicans are trying to weaponize fear and ignorance of L.G.B.T.Q. people, and specifically trans children, in order to gain an advantage in the midterms,” said Charlotte Clymer, a writer and transgender activist, who lamented “a vacuum” of information and advocacy from Democrats. “Republicans are all too happy to fill that void.”

A contentious issue. Gov. Ron DeSantis of Florida signed a bill into law that aims to constrain the state’s public schools from teaching about sexual orientation and gender identity. Here is what to know:

Diverging perspectives. The proposal, which supporters call the “Parental Rights in Education” bill, but that opponents refer to as the “Don’t Say Gay” bill, has become a national lightning rod since the Florida legislature passed the bill on March 8.

What the bill says. The bill would ban classroom discussion about sexual orientation or gender identity in kindergarten through third grade. In other grades, lessons on those topics must be “age appropriate or developmentally appropriate.” The bill also has a parental notification requirement when children seek counseling.

What the bill’s supporters say. Those in favor of the bill say that it is limited in scope, and affirms parents’ rights to direct the upbringing of their children.

Some Republicans recoil from the legislative efforts. In his veto letter, Mr. Cox said that in Utah, there were four transgender children out of 75,000 high school athletes. Just one of them, he said, was playing girls’ sports. (Mr. Cox declined to comment on the veto for this article. Over the weekend, though, he responded on Twitter to right-wing critics, writing, “If you have to doctor a video to make a kind gesture to a nervous kid look bad, that says more about you than me.”) Gov. Eric J. Holcomb of Indiana, another Republican, vetoed a similar bill, though the Legislature may override him.

“I worry about the message we’re sending to trans kids,” said State Representative Mike Winder, a retiring Utah Republican who backed the veto. “And a little bit, we’re a solution looking for a problem.”