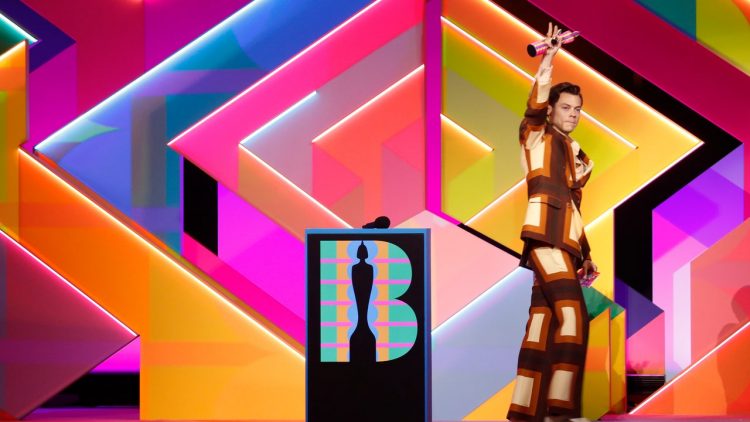 Coachella, the Southern California music festival that draws Instagram influencers like a UV light attracts beetles, made its return this weekend after a two-year break due to COVID-19. British pop sensation Harry Styles was the headliner for the first of six nights, and he wore what the Guardian described as a “dazzling Freddie Mercury-styled deep V.” The set blended a brass section, “more wailing guitars than a Led Zeppelin B-side,” and, in an effort to further smash the walls of restrictive musical genres to bits, a surprise appearance by Shania Twain.

“In the car with my mother as a child, this lady taught me how to sing,” Styles said of the Canadian country-pop star. “She also taught me that men are trash.”

The pair performed a duet on two of Twain’s hits, “Man! I Feel Like a Woman!” and “You’re Still The One.”

Styles also used the festival to debut new songs. “As It Was,” his latest single, made its first live appearance, as did a tune believed to be called “Boyfriends.” The actor-singer introduced that one by asking: “Who in the audience has ever had a boyfriend? Who in the audience has never had a boyfriend?” He then added, “to boyfriends everywhere, fuck you.”

Saturday’s headliner is Billie Eilish, and Sunday’s is Swedish House Mafia and The Weeknd, with a repeat of all three programs next week.

The festival, the official name of which is the Coachella Valley Music and Arts Festival, actually takes place in Indio, California, near Coachella in the Coachella Valley. (Woodstock, likewise, was held in Bethel, New York, not Woodstock.) This year marks the 21st Coachella, the first occurring in 1999 and not returning until 2001. The festival was spread out over two weekends starting in 2012. This year, many of the performances are being live-streamed, for free, on YouTube across three different channels.

One cannot underestimate the importance of fashion brands and social media influencers at the festival, as the Guardian pointed out. Individuals with big followings can make thousands of dollars per post wearing outfits provided by sponsors at the big event. (And here I am wearing cargo shorts I bought at Costco like a schnook!)

TMZ had their eyes open for notables on night one and spotted Kendall Jenner (who hosted a party) plus model Chanel Iman, The Bachelor’s Amanda Stanton, and actress Storm Reid.

— How Princess Diana’s Press Strategy Impacted William and Harry
— The Johnny Depp–Amber Heard Trial: How Did It Come to This?
— The Rich Are Rotting in the Mildewed Age
— Prince Andrew Really Just Cannot Seem to Stop Himself
— 11 New Books to Read This April
— Will Smith Banned From the Oscars for 10 Years After the Slap
— Susan Cain, Chief Introvert, Ventures Into the Sublime
— From the Archive: How Did Johnny Depp Find Himself in a Financial Hole?
— Sign up for “The Buyline” to receive a curated list of fashion, books, and beauty buys in one weekly newsletter.