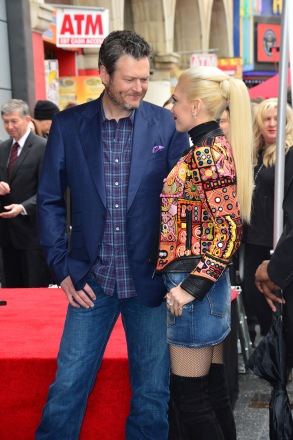 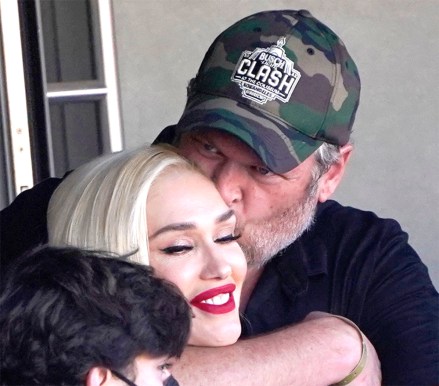 Blake Shelton has always been quite the ham — but on Easter he took it up a notch and dressed like the holiday’s mascot! The country singer shared a hilarious video of himself dressed as the Easter Bunny in a gigantic pink costume on Sunday (April 17). The clip showed him walking down a hallway behind two dogs as he turns the corner to the sounds of people laughing hysterically at the grown man in the hare ensemble. “Happy Easter everybody. You’re welcome,” he captioned the silly clip.

Although his wife, Gwen Stefani, wasn’t seen in the video, the pair have been inseparable as of late, with the “No Doubt” singer even joining Blake on his concert tour. The “Hollaback Girl” hitmaker was dressed to impress in a black crop top, cut off shorts and fishnet stockings for his San Diego stop a few weeks ago. She even got on stage in her amazing ensemble to sing a duet with Blake on stage!

The couple — who married in July of 2021 – are going stronger than ever. Just a few days prior to Gwen taking over Blake’s concert, the pair were spotted making a united front at her son Zuma’s baseball game in Los Angeles on March 26. Even though it was a quick trip to a local baseball field, Gwen still pulled out all the stops in the fashion department again. The “Don’t Speak” singer looked every inch the cover girl in a fabulous camouflage ensemble.

Gwen shares sons Zuma, 13, and Apollo, 7, with her ex Gavin Rossdale, who has been having quite the time playing the field recently with a bevy of beauties.  His whirlwind romances come eight months after Gwen walked down the aisle with Blake. The couple were married on Blake’s 1,500 acre Oklahoma ranch in a wedding officiated by close friend Carson Daly. Gavin was not in attendance of the wedding. Sources told HollywoodLife EXCLUSIVELY that Gavin and Gwen “don’t have a relationship except for the kids” and “communicate as minimal as possible.”

Chris Stapleton’s Wife: Everything To Know About Morgane & Their Family Of 7