13 Actors Who Died While Filming Their Movie 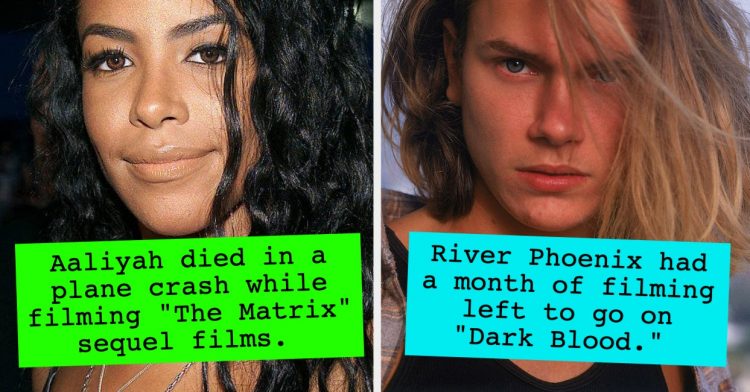 Morrow, Le, and Chen were actors in “Segment One” of this anthology film, where Morrow’s character was supposed to save two Vietnamese children in the middle of war. According to Slate, “When the cameras rolled, pyrotechnic fireballs engulfed Dorcey Wingo’s (an actual Vietnam veteran) helicopter, forcing him down into a river where the actors waded. As a hundred or so people looked on, the right skid of the aircraft crushed 6-year-old Renee, who was a few feet from Morrow (the aging star had dropped her). The helicopter then toppled over, and its main blade sliced through Morrow and 7-year-old Myca.”

After this tragic accident, the Vietnam ending was changed to have Morrow’s character return to Nazi-occupied France, being sent off to a concentration camp.

John Landis, who was the director of Segment One, was tried (alongside the film’s unit production manager, special effects coordinator, and the pilot, Wingo) for the deadly accident. All, including Landis, were ultimately acquitted of manslaughter. However, multiple further lawsuits continued.