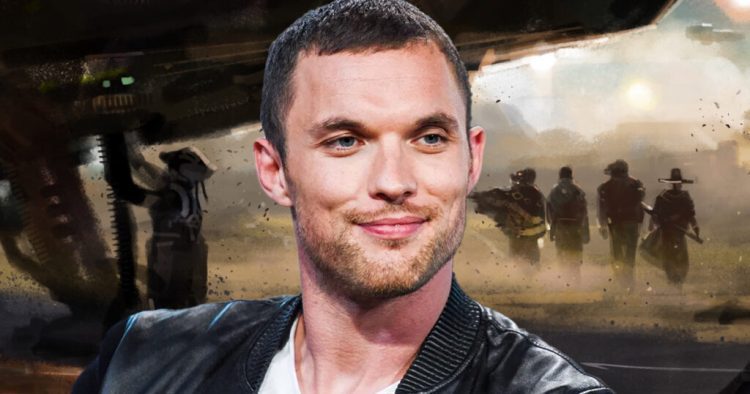 Zack Snyder started shooting his epic sci-fi fantasy movie Rebel Moon last month, but Deadline has reported that a notable casting change has gone down. Ed Skrein (Deadpool) has replaced Rupert Friend (Obi-Wan Kenobi) in Rebel Moon, who had to step away due to scheduling conflicts.

Rebel Moon takes place on a peaceful colony on the edge of the galaxy, which is threatened by the armies of a tyrannical regent named Belisarius. The desperate colonists dispatch a young woman with a mysterious past to seek out warriors from neighbouring planets to help them make a stand. Sofia Boutella will star as the mysterious young woman, with Charlie Hunnam, Djimon Hounsou, Doona Bae, Jena Malone, Ray Fisher, Stuart Martin, Michiel Huisman, Cary Elwes, Corey Stoll, Alfonso Herrera, and more rounding out the cast of Rebel Moon. Friend’s role was said to be that of the lead antagonist, the man who leads the armies and will inevitably square off against Sofia Boutella’s character.

In addition to Ed Skrein, a few more actors have signed on to join the cast of Rebel Moon, including Cleopatra Coleman (Dopesick), Fra Fee (Hawkeye) and Rhian Reese (Nope). As a side note, Rebel Moon now includes both actors to play Daario Naharis on Game of Thrones. Ed Skrein played the role in season three but was replaced by Michiel Huisman in subsequent seasons.

Production on Rebel Moon is expected to last until November. The plan is to split the movie into two epic features, and much like Army of the Dead, there are several potential spinoffs in development should the film do well. Rebel Moon originally began life as a Star Wars pitch a decade ago but has been retooled as an original sci-fi universe. “This is me growing up as an Akira Kurosawa fan, a Star Wars fan,” Snyder has previously said. “It’s my love of sci-fi and a giant adventure. My hope is that this also becomes a massive IP and a universe that can be built out.” Zack Snyder is directing the film, and he also co-wrote the script with Shay Hatten and Kurt Johnstad.