All the Cast, Plot, Release Date and News You Need to Know 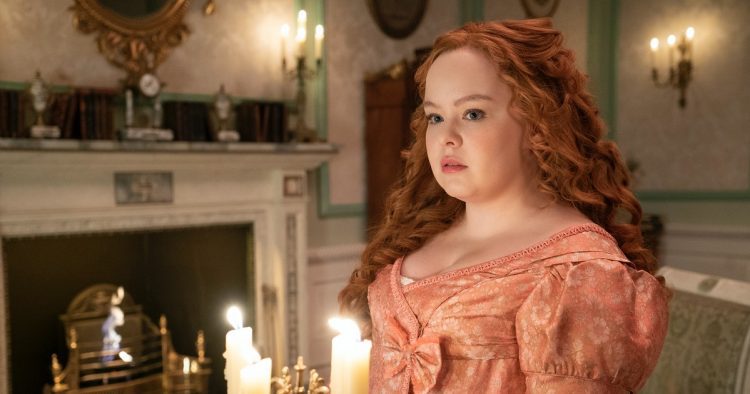 Now that the second installment of Bridgerton has broken the viewership record for the debut of season one, it’s probably safe for us to start thinking about season three of the beloved Netflix series. Yes, that’s right, the most-viewed English language series on Netflix will indeed be back for another installment thanks to Shondaland and season three showrunner Jess Brownwell.

Below, you’ll find everything you need to know about the upcoming installment, who will be making a return, who won’t come back, and when you can expect more gossip from the ton, as reported by the ever-so-snarky Lady Whistledown.

Who is returning for Bridgerton season 3?

After Regé-Jean Page, who played Duke Simon Basset in Bridgerton season one, decided not to fulfill his contract for more seasons of the royal drama series, fans have been wondering if anyone else who has joined the cast might follow suit. So far, it appears as if all of the Bridgerton siblings, including Phoebe Dynevor, who plays Daphne Bridgerton, and Jonathan Bailey, who plays her older brother Anthony, should make their way back to Netflix for another round.

But what we’re really excited about is the return of Simone Ashley, who has become something of an It Girl after her turn as Kate Sharma in season two. If this leading lady wasn’t already on your radar, she’s definitely made it clear that she, and Charithra Chandran, the actress who plays her sister Edwina Sharma, are the main reasons to dive into season two.

Eagle-eyed fans will also note that second-youngest Bridgerton daughter Francesca, the quiet sister who scurried away to Bath during season one, came back for very brief appearances in the first three episodes of season two. Next season, however, the character will take up more real estate in the show—and will be played by a different actress. Ruby Stokes, who played Francesca in seasons one and two, is leaving the show to star in a different Netflix book-to-series adaptation, Lockwood & Co. In season three, Francesca will be played by Hannah Dodd, who recently appeared in—yes, another Netflix show—Anatomy of a Scandal. You can’t blame them for keeping it all in the Netflix family.

Series showrunner Chris Van Dusen explained Francesca’s season two absence in March. “After exhausting all other options, she unfortunately had to come out due to reasons beyond our control,” he told TV Line. If Bridgerton continues with the pattern of covering a new sibling each season, Francesca is expected to be the main character in season six, which would be based on the novel, When He Was Wicked.

What will season three be about?

There are eight siblings, and ostensibly that could mean there might be eight seasons, if the series is to follow the structure of the Bridgerton books on which it is based, which dedicates one book to the romantic foibles of a different Bridgerton child. We’ve already had our Daphne season, our Anthony season, and now, we’re waiting to see who might be next. We initially placed our bets on Colin Bridgerton, and Penelope Featherington’s unrequited crush on him, and it has now been confirmed by Variety that their romance will be the focal point of season three. Coughlan revealed the news herself at Netflix’s FYSEE panel.

For those who may want to wag their fingers about the fact that this will take the series out of order from Julia Quinn’s books, Shonda Rhimes had previously confirmed that the seasons will dive into the romantic entanglements of each sibling, but they will not be shared in the same order as Quinn’s Bridgerton romance novel series. The situation between Colin and Penelope unfolds in the fourth installment, Romancing Mister Bridgerton. The third book, An Offer from a Gentleman, focuses on Benedict Bridgerton. But in all honesty, we are still holding out for season four to give Eloise Bridgerton the breakout moment she so deserves.

And as for Kate and Anthony, their will-they, won’t-they relationship has already been confirmed as a “they will, and they did” situation with Anthony transforming from your run-of-the-mill rake into a married man, so we’ll get to see their marriage unfold more in the next installment according to Ashley. “Kate and Anthony are just getting started,” she told Deadline, insisting that the Viscountess won’t lose her spunk in season three. “She’s in charge of the household now and she’s got big boots to put on. I want to keep that softness and vulnerability to Kate, for sure, and she can share that with Anthony. I’m just excited for her to have a home and to have a family.”

One thing is for sure, whatever drama unfolds, Lady Whistledown will be there, waiting in the wings to spread the gossip far and wide all over the ton during the next debutante season.

When does the new season of Bridgerton come out?

We can’t say when exactly the third season will hit your screens. But we do know that production should begin this summer in London. We also know that there is already a spin-off series in development (and we all know how much Shondaland can’t resist a spin-off). The subject? It’s going to be a prequel series focused on young Queen Charlotte, who will be played by British actress India Amarteifio.

This article was originally published on 04.06.22