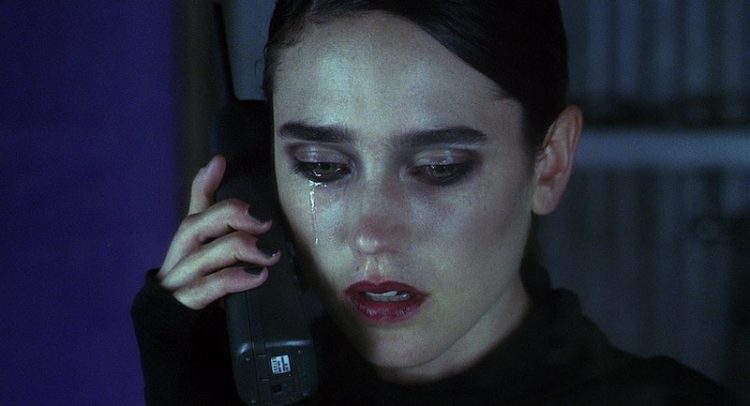 Welcome to The Queue — your daily distraction of curated video content sourced from across the web. Today, we’re watching a video essay that looks at why the score to Darren Aronofsky’s Requiem for a Dream is so terrifying.

One of the most bloodless horror films ever made, Requiem for a Dream arguably did more to turn kids off of drugs than D.A.R.E. ever did. An incredibly grim and emotionally devastating breakthrough feature from Darren Aronofsky, the 2000 film follows four Coney Island residents whose utopic dreams are steadily squashed by their respective addictions. While the fame-obsessed Sara (Ellen Burstyn) gobbles speed to lose weight for an upcoming game show appearance, her son (Jared Leto) and his circle (Marlon Wayans and Jennifer Connelly) chase their own dreams and dragons with equally horrific results.

One of the most iconic (if you want to call it that) components of the film — apart from its nightmare-inducing imagery — is its score. Composed by Clint Mansell (in his second of six collaborations with Aronofsky), the “Lux Aeterna” theme was especially unescapable at the turn of the millennia. Today, it’s undeniably recognizable even if you haven’t seen Aronofsky’s film; a resolution-less melody that churns and swirls, eternally chasing its tail like all of our four, tragic protagonists.

But, as the video essay points out, it’s worth putting the iconic track in its context. As the video essay below explains in evocative detail, there are six main musical motifs amidst Mansell’s score: Lux Aeterna (the thesis of the film representing the failure of dreams to succeed under the shadow of addiction); party (brimming with contagious high energy); dream (which as its name suggests, connotes unrealistic planning); ghost (a melancholic refrain for the film’s doomed lovers); tense (brimming with emotional overwhelm), and finally meltdown (a sorrowful climax about the consequences of addiction).

The essay unpacks each of these motifs apart one by one, relaying how each of them is woven throughout the film’s narrative and bolstered by unnerving, visceral sound design (I never need to hear a bone saw again, thanks). Enjoy, and remember to pick your poisons wisely!

Watch “The Effective Scoring of Requiem for a Dream”:

This video essay on what makes the score of Requiem for a Dream so terrifying is by Spikima Movies, a Korean-Canadian who’s been dropping gems on YouTube since 2019. You can subscribe to Spikima’s channel for more incredible essays here. And you can follow them on Letterboxd here.

Related Topics: Music, Requiem for a Dream, The Queue

Meg Shields is the humble farm boy of your dreams and a senior contributor at Film School Rejects. She currently runs three columns at FSR: The Queue, How’d They Do That?, and Horrorscope. She is also a curator for One Perfect Shot and a freelance writer for hire. Meg can be found screaming about John Boorman’s ‘Excalibur’ on Twitter here: @TheWorstNun. (She/Her).