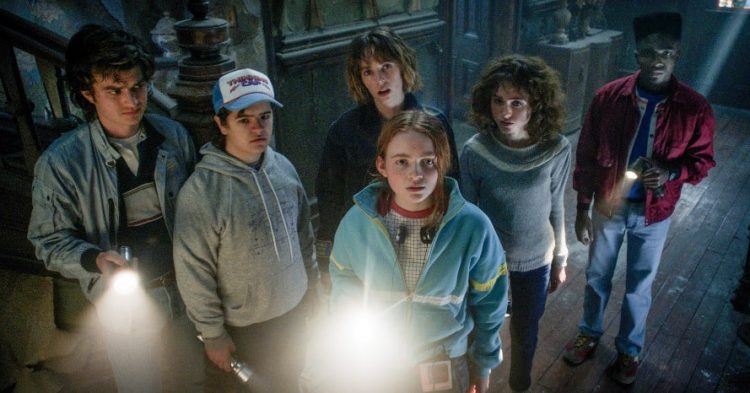 Netflix dropped the first 8 minutes of the premiere of the highly-anticipated Stranger Things 4.

After nearly three years since the third season dropped, Netflix’s highly-anticipated Stranger Things 4 is finally premiering. Although fans have waited for quite some time, the new season looks to be the biggest one yet, at least in terms of its running time and scope.

With just a week away from the release of Stranger Things 4: Vol. 1, Netflix released the first eight minutes of the upcoming season premiere, titled “Chapter One: The Hellfire Club.” You can watch the sneak peek down below:

Along with the release of the first eight minutes of the Stranger Things 4 premiere, Netflix has announced the episode counts for both volumes of the season. Vol. 1, will consist of seven episodes, whereas Vol. 2 will consist of two.

And if things weren’t big enough for you, Netflix’s fourth season of Stranger Things is boasting its scale in more ways than one. Obviously, dividing the release into two different volumes is already quite epic, but for one, most episodes will run at around 75 minutes, while “Chapter Seven: The Massacre at Hawkins Lab” will run for 98 minutes, “Chapter Eight: Papa” will run for 85 minutes, and the season finale, “Chapter Nine: The Piggyback” will be 2 and a half hours long.

Here is the synopsis for the upcoming season:

“It’s been six months since the Battle of Starcourt, which brought terror and destruction to Hawkins. Struggling with the aftermath, our group of friends are separated for the first time – and navigating the complexities of high school hasn’t made things any easier. In this most vulnerable time, a new and horrifying supernatural threat surfaces, presenting a gruesome mystery that, if solved, might finally put an end to the horrors of the Upside Down.”

Netflix’s fourth season of Stranger Things will start on May 27th and conclude on July 1st. Stay tuned for all the latest news surrounding the upcoming season, and be sure to subscribe to Heroic Hollywood’s YouTube channel for more original video content.