I tried to buy an Olive Garden NFT. All I got was heartburn. 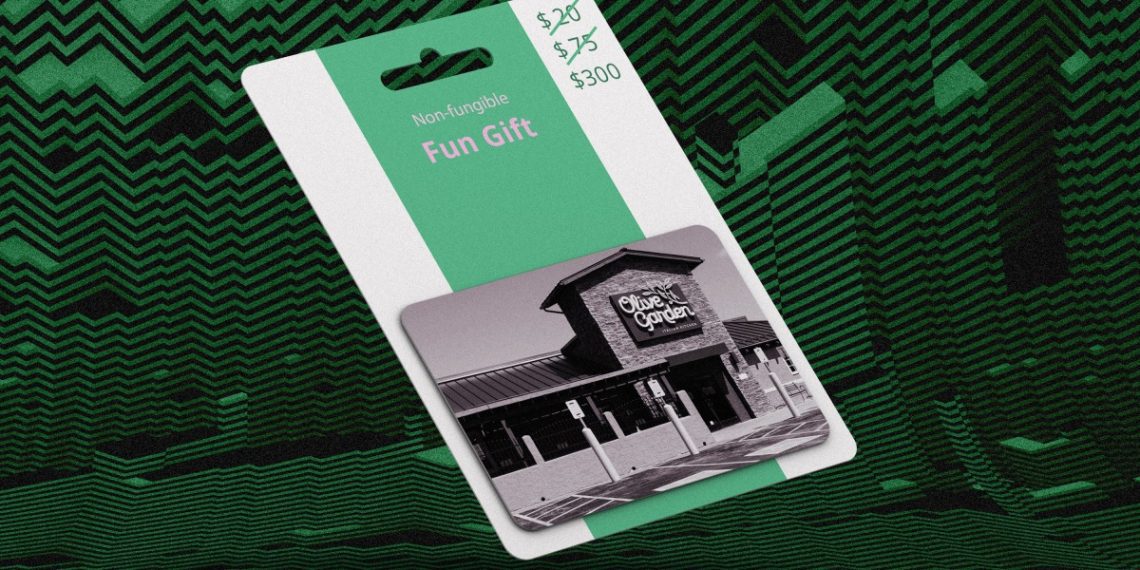 I wanted to plunk down my $20, but OpenSea didn’t accept credit cards. I would need to buy some of the cryptocurrency Ether to complete the transaction. Okay! I’m game. Ether in hand (or wallet, more precisely), I went back to OpenSea and tried to make a purchase. Except by the time I was ready, those initial drops had already seemingly sold out. The price had gone up. Way up. Secondary sellers, who perhaps saw the same Twitter threads I’d seen, were now trying to flip their OG NFTs. With grim resignation, I bought some more Ether and tried again.

That’s when I discovered gas fees, a service fee charged by miners to verify transactions. Being cheap, I lowballed. My transaction never went through. The price of Olive Gardens was still going up. I tried again, paying market rate this time. Success! Katie was going to be so happy.

Except … have you ever tried giving someone an NFT? I needed to pay even more in gas fees to make the transfer. All in, the jokey purchase I had initially thought would cost me $20, and later reassessed to maybe $75, ultimately set me back nearly 300 bucks.

But hey, my friend Katie was now the owner, kind of, of a JPEG of a photo of an Olive Garden in a mall in Louisville, Kentucky, on the Ethereum blockchain. What a great gift!

That is, it was a great gift until just over a week later, when the real Olive Garden’s attorneys sent OpenSea a takedown notice, and all those non-fungible Olive Gardens vanished into the, uh, ether. Poof.

Like I said, money is weird now. And so this issue dives into the way technology is shaping our financial future.

Whether it’s a biometric-based universal cryptocurrency meant to underpin Web3, cities built by Bitcoin, digital currencies that are replacing cash, or the way iBuying is transforming the housing market, technology is fundamentally changing the ways we buy, spend, and save money. Even the way we gamble.

We hope you enjoy this issue, and that it reveals something new to you about the present that helps you better understand and prepare for the future. Even if that’s just budgeting in your gas fees in advance.

Correction: An earlier version of this story cited a copyright notice, it was actually a trademark infringement notice.