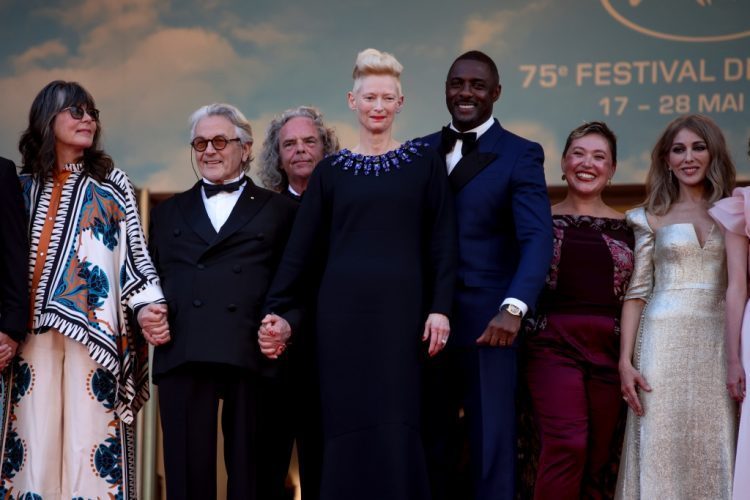 George Miller has some thoughts about the future of superhero movies.

At a Saturday press conference in Cannes for his new film “3000 Years of Longing,” story archetypes throughout history were widely discussed — as his movie follows an academic who studies the narratives of humankind.

In one scene, set at a conference discussing storytelling, we glimpse a large image of the DC Comics heroes including Superman, Batman and The Flash. Variety asked Miller if he thought that contemporary superhero content would be shared throughout the ages to come.

“They endure and have endured anyway. The one thing you will be certain of is that they will change, they will morph into something else. Marvel and the DC Universe are basically the vestiges of the Greek and Norse and Roman mythologies. There’s a direct equivalence between each of those characters, ” Miller said. “We’re going through an era in which I think we’re expressing through moving image narrative these stories. They’re echoes of the past, but they’re adjusted to have meaning to us.”

Swinton, who plays the academic in “3000 Years” and is a member of the Marvel Cinematic Universe herself, piggybacked off of Miller’s answer with an impassioned call to tell new kinds of stories in the superhero canon.

“The thing that is dangerous about story is when you have only one story,” she said. Swinton’s assertion has become more relevant “particularly in the last few months,” she said, seeming to reference Russian propaganda and the war in Ukraine.

“It is possible when people cant hear any other stories that things really go down the tubes very, very fast and may close everything down. It’s keeping people’s ears open, keeping their ears curious to hear a new perspective, a new truth even,” she continued.

She concluded by rallying members of the media to “keep it coming, keep it varied, keep it multifarious, keep it contradictory, keep it challenging.”

Miller co-wrote the script for “3000 Years” with Augusta Gore, adapted from “The Djinn in the Nightingale’s Eye,” a short story collection from A. S. Byatt. Miller reunited several members of his “Mad Max: Fury Road” artisan team for the new project, including editor Margaret Sixel, cinematographer John Seale and composer Tom Holkenborg (aka Junkie XL).

The film is set for theatrical release on August 31, via MGM’s distribution label United Artists Releasing.