The Best Attire to Hit the Red Carpet and amfAR Gala as worn by Cindy Bruna in Monot, Naomi Campbell in Valentino, Ciara in Dundas and More! 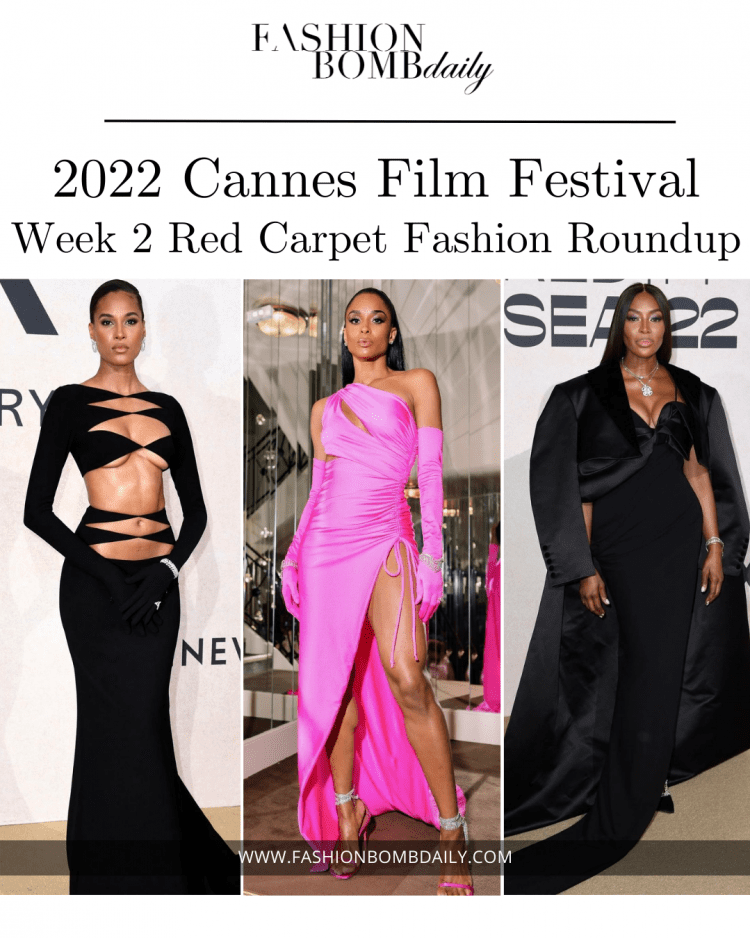 With the Cannes Film Festival, now celebrating its 75th anniversary, coming to a swift end, we’re honestly going to miss the fabulous, glitzy ensembles flooding our Instagram news feeds each and every day for the past 11 days straight. As one of the most glamorous annual international film events, this one takes the cake when it comes to risqué style choices and trend-setting. While week 1 was a knock-out of it’s own, week 2 has proven even more fashionably insatiable! Here’s a recap of some of the must-see red carpet looks: Earlier in the week, Sabrina Elba was spotted with hubby Idris on the red carpet wearing Tony Ward couture. We got to give it to her stylists Zadrian Smith and Sarah Edmiston for having her look like a whole greek goddess. Naomi Campbell remained (mostly) loyal to the Maison Valentino label as she wore a FW22 gown to the Celebration of Women in Film event as well as another SS22 Couture gown on the red carpet. Top French influencer Lena Mahfouf had us all stunned when she came out wearing SS22 Stephane Rolland Couture. With her Bulgari diamonds and makeup by the Fenty Beauty team, she glowed effervescently. This dynamic duo showed of to the carpet hand-in-hand, both sporting custom Balmain inspired by the recent SS22 collection. This was their first time attending the premieres since 2017! As her Cannes debut, Leticia and her stylist Ade Samuel made sure to leave no crumbs behind! The actress wore multiple looks by Fendi, including this brown leather and mint combo from the FW22 showcase at Milan Fashion Week. The look also included jewelry by Chaumet.

Sharon Stone in Dolce and Gabbana The lady in red and host of the amfAR Cannes Gala made her way onto the carpet in a scarlet-colored sequins Dolce and Gabbana gown!

On the evening of May 26th, the stars came out to raise funds for AIDS research at the yearly amfAR Cannes Gala! It was a night of style, sophistication, celebration and enjoyment! The Vancouver-born fashion model was styled by Ilya Vanzato, and impressively did her own hair and makeup for this look! For this affaire, Naomi opted for a classic Schiaparelli look with removable cape and we are not mad at it! As though the dress was made entirely for her, Cindy Bruna was styled by Mickael Carpin in a Monot black cutout gown. Dressed by Dundas and accessorized in Bulgari, Joan Smalls captivated our attention. For her makeup she trusted the one and only Jose Corella and called on hairstylist Hos Hounkpatin for a natural wave look.