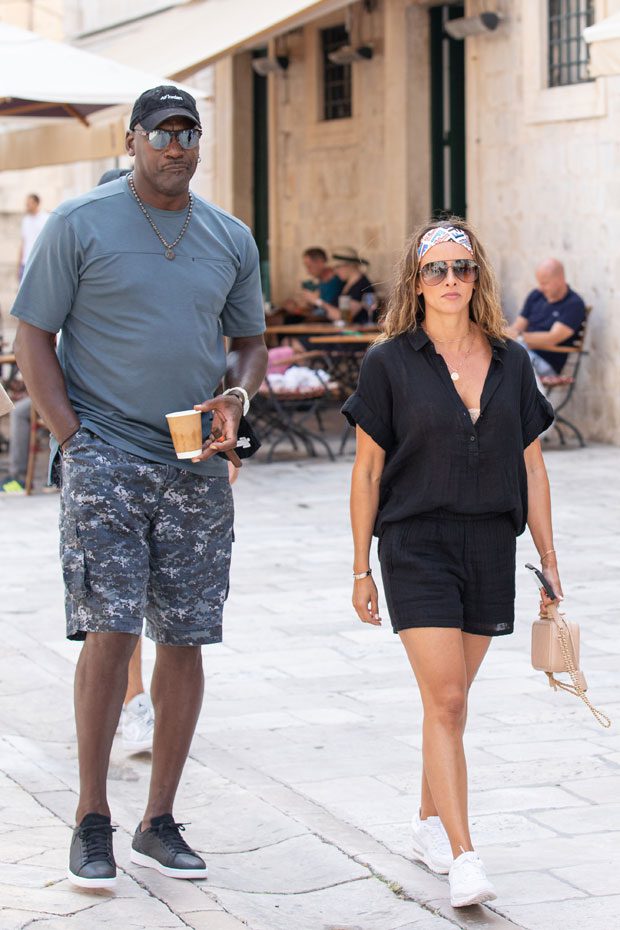 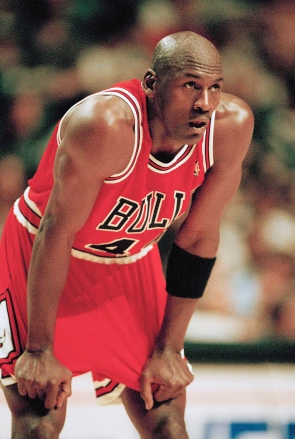 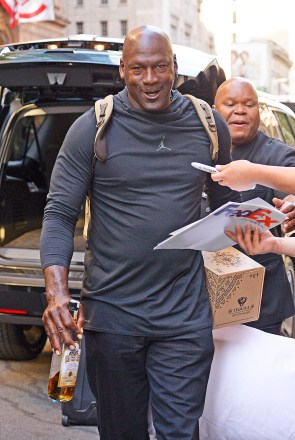 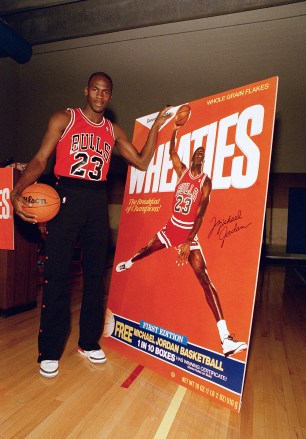 Basketball icon Michael Jordan and his wife, former model Yvette Prieto, enjoyed a sunny day in Mexico on May 28 in a rare public outing. In the photos per The Daily Mail, the couple relaxed on the balcony of their suite while vacationing in Los Cabos.

Michael, 59, appeared to be comfortable while he sported a simple black t-shirt with a white animal print in the center. Meanwhile, his 43-year-old wife glowed in a bright green bikini and a see through white covering. Her caramel blonde hair was pulled back into a tight ponytail, while she rocked some edgy square shades.

Although the former Chicago Bulls member tends to keep his personal life on the down low, he was photographed abroad with his wife again in August of 2021. This time, the two were spotted walking next to each other in Croatia. The 6’6 NBA legend stayed casual yet again in a gray t-shit with camouflage trousers, and a proverbial Air Jordan hat. On the other hand, his beautiful wife looked classy in a flowing black romper and bohemian headband. 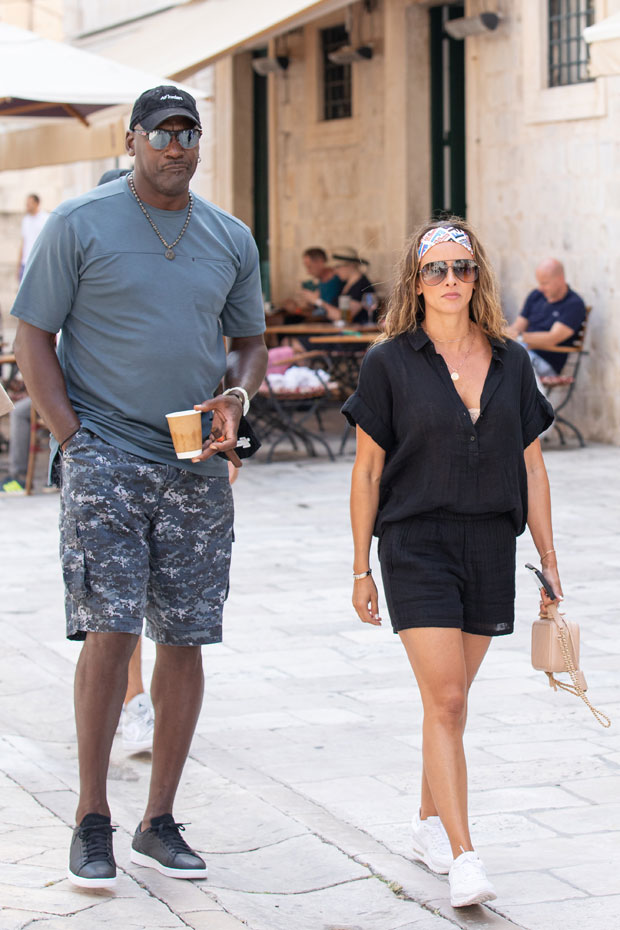 Michael and Yvette reportedly met in Florida in 2008, and officially tied the knot in 2013. They now have two children together, 8-year-old identical twins Victoria and and Ysabel. Wanting to keep their children’s lives private, Michael and Yvette chose not to post photos of the twins on social media, and very rarely share details of their personal endeavors.

Michael also has three other children, Jeffery, 32, Marcus, 30, and Jasmine, 28, with his ex-wife Juanita Vanoy. Following in his father’s footsteps, eldest Jeffery played college basketball for The University of Illinois and The University of Central Florida. He now reportedly works for the iconic Jordan Brand as a brand digital innovation leader.

Michael Jordan’s Kids: Everything to Know About The Basketball Legend’s 5 Children

Similar to his brother, Marcus also played basketball at The University of Central Florida, and now has a career in business, as he is the CEO of sportswear retailer The Trophy Room. Also choosing a life in the world of sports, Jasmine studied sports management at Syracuse University and works for Nike Jordan.