‘Little Women: Atlanta’ Star Ms. Juicy Returns To Social Media For First Time Since Suffering From A Stroke: I Couldn’t Remember Anything, I Can’t Even Drive Right Now Or Brush My Teeth 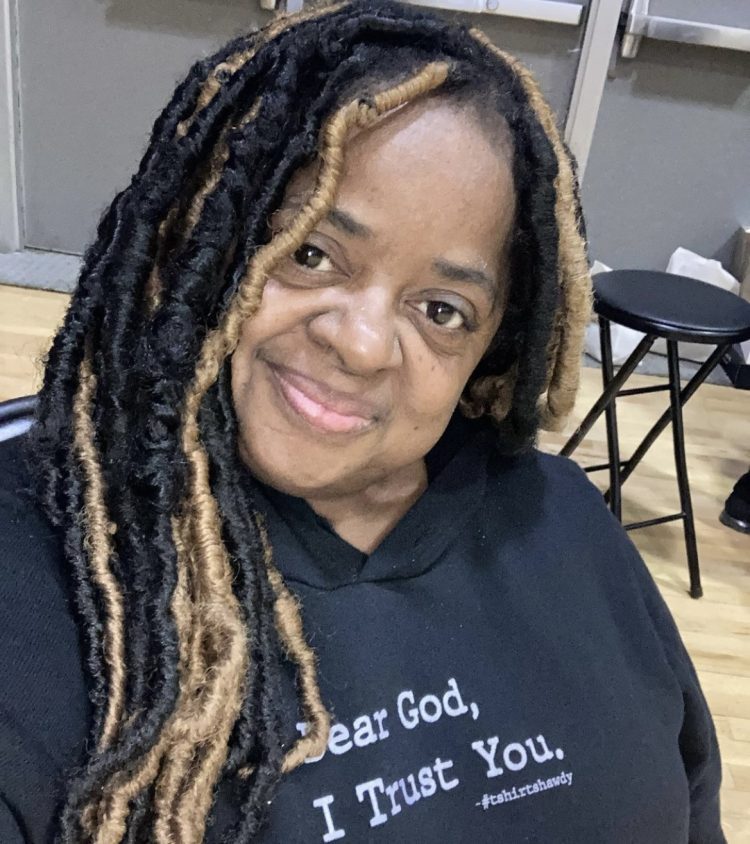 ‘Little Women: Atlanta’ Star Ms. Juicy Returns To Social Media For First Time Since Suffering From A Stroke: I Couldn’t Remember Anything, I Can’t Even Drive Right Now Or Brush My Teeth

Shirlene ‘Ms. Juicy Baby’ Pearson is updating fans about her ongoing battles with her health.

The Little Women Atlanta star says she is out of the hospital, and beginning her at home healing process. As previously reported, Ms. Juicy, 50, was rushed to the hospital after suffering a stroke late last month. The TV personality spent weeks in the hospital recovering before being given the ok to return home.

In a video posted to her instagram page, Ms. Juicy shared with fans that she’s ‘not 100%’ yet, but getting stronger everyday. She stated:

“This is a video to let all my fans, all my supporters, to let you guys know that I have been released from the hospital. I am at home,” 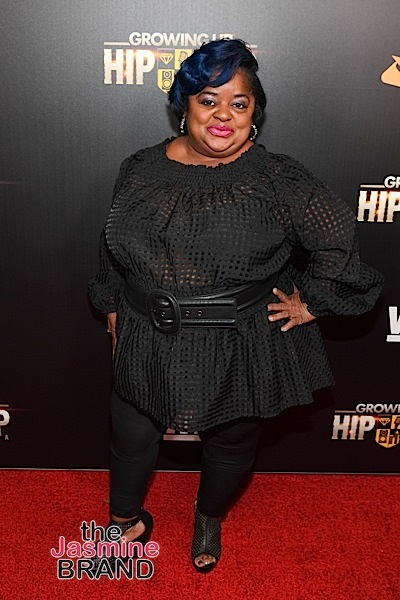 Additionally, the reality star detailed her struggle to relearn things following the stroke. Ms. Juicy explained that the condition caused a brain bleed, which caused a serious lap in memory – preventing her from completing basic tasks like drinking water and brushing her teeth. She stated:

“I couldn’t remember anything….I can’t even drive right now. I have to learn how to do a lot of things all over again, even brushing my teeth….I was about to have a fit when I was in the hospital because I couldn’t even drink my water.”

Ms. Juicy also shared that she’s been in therapy working on speech, walking, and swallowing. The entertainer’s team announced shortly after The Neighborhood Block reported she’d been hospitalized, that Ms. Juicy was in the ICU after having a stroke. 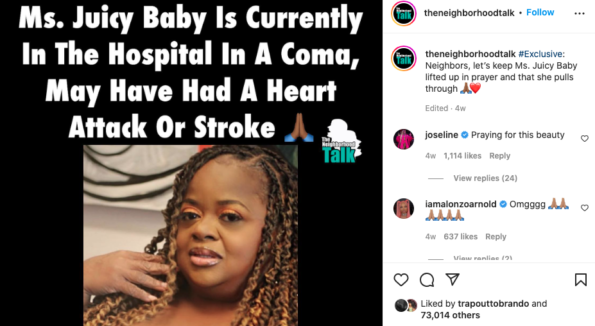 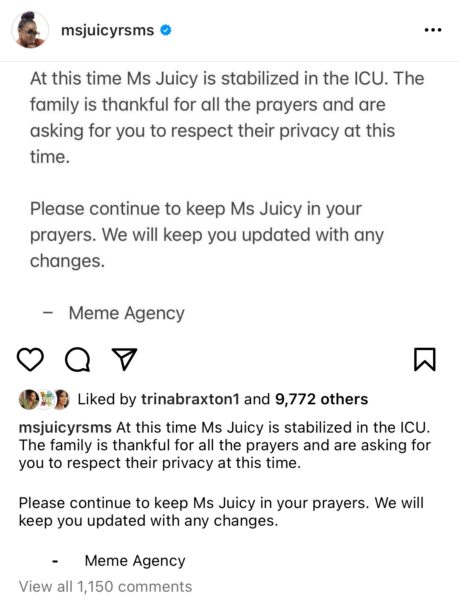 Though the road to recovery will likely be long for the Atlanta native, Ms. Juicy assured fans that she’s here to stay. In hopeful spirits, she stated

“Yes, I did suffer a stroke. As you can see, I’m not dead. I’m right here. It might have slowed me down but I’m here and I’ll be back at 100 percent when the time is right.” 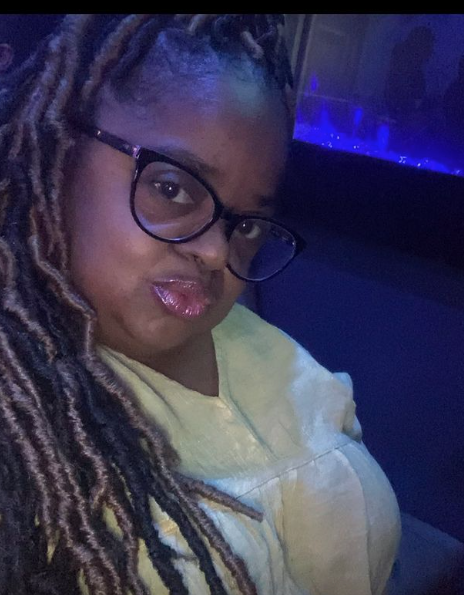 She also thanked fans for all of the thoughts and prayers, and for donating to the GoFundMe family members set up to help cover medical costs.

We continue to wish Ms. Juicy as full recovery! Leave your well wishes for Ms. Juicy in the comments section.