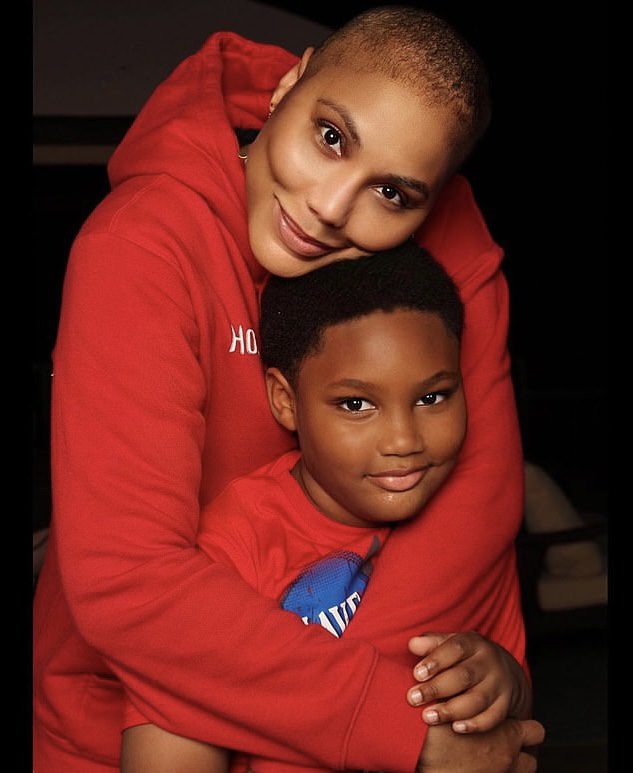 Looks like Tamar Braxton’s son Logan is ready for the famed singer to get her groove back!

R&B singer Tamar Braxton, 45, has been single for roughly the last two years following her break up with ex-fiancé, entrepreneur David Adefeso, 52. The two began dating after meeting at a party back in 2018 and called it quits in August 2020. Since the split, Tamar Braxton has reportedly been focused on her mental health and going to therapy to move forward.

The “Braxton Family Values” star has one child, 8-year-old son Logan Herbert whom she shares with ex-husband, record producer Vincent Herbert, 49. Braxton was married to Vincent Herbert from 2008 to 2019 — they split in 2017. 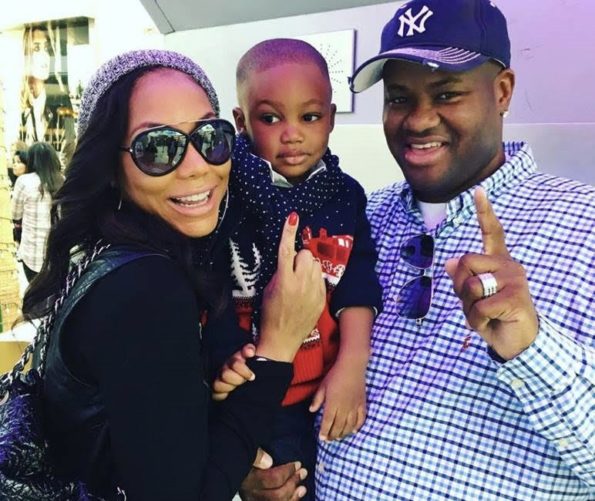 On Monday (May 30), Braxton took to Twitter to share an interesting take from the current head of her household, her son Logan. Apparently, her son couldn’t wait for Braxton to get out of the bed before asking when the reality star will have a new man. She wrote,

“My son woke me up harassing me asking me ‘Don’t you think it’s time for a boyfriend!??’… ‘You know you can at least download Tinder.’ How is an 8yr old going to attack me like that!!… I’m going back to bed smh.” 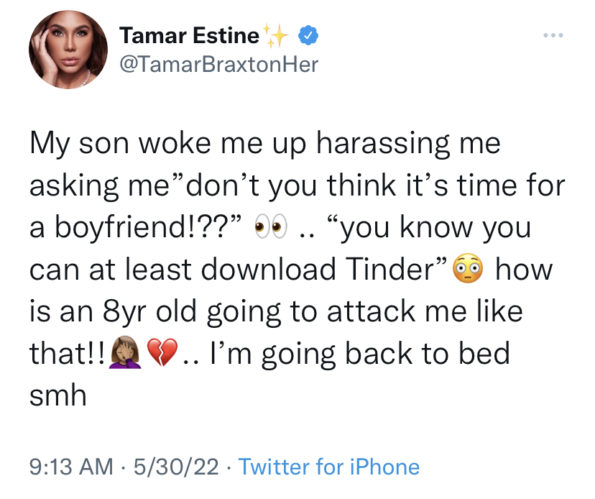 According to Essence, rumors recently circulated that Braxton and David Adefeso were possibly reconciling their relationship, however, the singer shut down those claims during an Instagram Live. Braxton also called her son her boyfriend on the Live and no one else.

Are you excited for Tamar Braxton to find love again? Give us your thoughts in the comments below!

Kim Kardashian Backtracks On Biochemist Boyfriend Goals – She Wants To Date WHO Next?!