Kim Kardashian Is Relaunching Her Beauty Empire With SKKN by Kim | Review, Photos 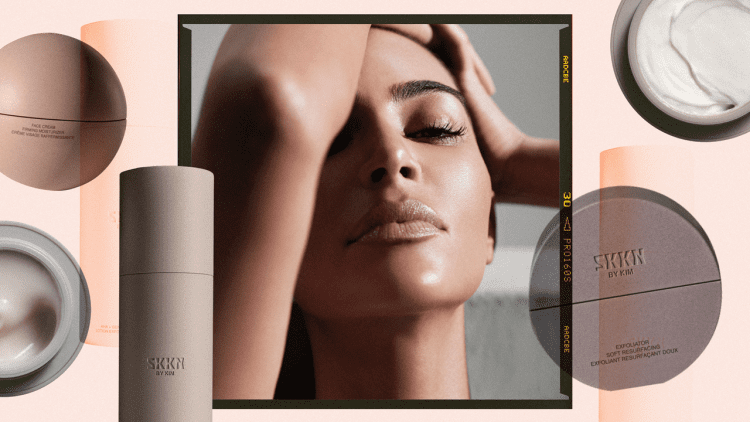 I’ve been given 15 minutes with Kim Kardashian. (On the phone, audio only.) It’s not a lot of time to get into the real meat and potatoes of her upcoming brand launch — SKKN by Kim — but I’m well aware that Kardashian doesn’t need the press. As I’m writing this, she and her family are all over social media as sister Kourtney has just participated in holy matrimony with Travis Barker in Portofino. The Kravis news cycle is an entirely fresh one from the previous week, when our interview actually happened — those headlines revolved around her wearing Marilyn Monroe’s iconic dress to the Met Gala and her first stint as a Sports Illustrated Swimsuit Edition cover girl — in opera gloves, no less. This is not to mention any of the Kim-adjacent headlines that week, like sister Kendall Jenner’s confusing approach to cucumber cutting. (Yes, there were headlines on this.)

People either love Kim or love to hate Kim — there’s not much in-between, no “lukewarm.” A long-running cultural passion surrounds this woman. To quote one of my favorite podcasts Who? Weekly, Kim is a “Them,” as her identity is known cross-generationally: Boomers, Millennials, and Gen Z have all been keeping up with the Kardashians for over a decade. Her influence undeniably runs deep, but I would argue so does her business acumen. Kardashian has often been referenced as the blueprint for the influencing industry, but did that influence alone earn Skims, her shapewear company, a valuation of $3.2 billion? While general interest in Skims can be tied back to her involvement, it thrives on its own. I personally know more than one Skims consumer who has no idea Kim Kardashian is involved in the company. “What I’ve learned with Skims is that it’s really a product-based brand, it’s not really a celebrity brand, in my eyes,” Kardashian told me. “That’s exactly what I’m doing with SKKN.”

10 All-Natural Exfoliators for Your Skin

SKKN by Kim is her new foray into beauty. In July of last year, Kardashian announced in an Instagram Story that KKW Beauty, the cosmetics line she launched in 2017, would be closing up shop to focus on “new formulas that are more modern, innovative, and packaged in an elevated and new sustainable look.” Many speculated this was a result of Coty Inc. buying a 20 percent stake in the company in 2020; others assumed that, several months after filing for divorce from Kanye West, the “W” was driving the change. (She did eventually drop the name West, although that doesn’t seem to be the reason for shuttering KKW Beauty.)