9 Foods And Drinks To Avoid For Better Blood Sugar Control 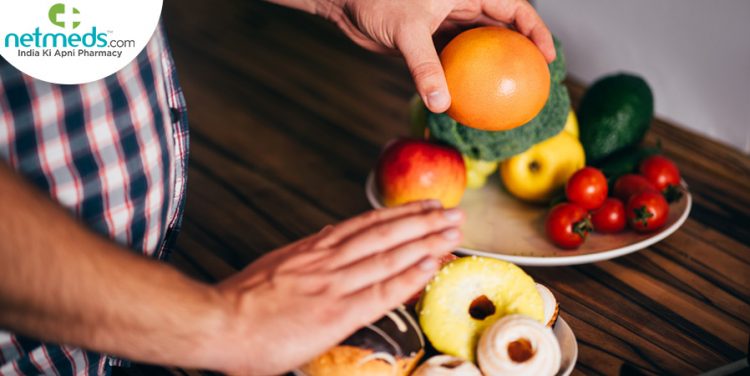 Diabetes is a chronic lifestyle disorder that has scaled an unbelievable epidemic ratio among adults and children across the globe. Carbohydrates, trans fats, processed foods, and even natural sugars can lead to a spike in blood sugar and insulin levels and promote inflammation. Eating a wholesome and balanced diet can support people with diabetes to optimize their health status.

Uncontrolled diabetes can lead to several serious health complications, including heart disease, kidney and eye problems, and neurological issues. Furthermore, prediabetes has also been associated with an increased risk of complications.

It’s not all about choosing the right foods, but it’s also about restricting or avoiding certain foods that may spike your blood sugar and elevates the risk of complications. The key mantra is moderation and making sensible food choices for regulating blood sugar levels. Also, a healthy diet will help diabetic patients to lose weight, as losing 10% of body weight may help avert and manage high blood sugar, according to the American Diabetes Association. Several studies have also revealed that losing weight can help improve insulin sensitivity and better insulin response.

Read this article to know about foods and drinks that people with diabetes should avoid for good diabetes control.

Sugary beverages and drinks are considered the worst choice for diabetics. They are very high in carbs, with a can (354 ml) of carbonated drink providing 38.5 grams and the same amount of sweetened tea and lemonade each containing 45 grams of carbs chiefly from sugar. Moreover, these drinks are packed with fructose, which is greatly linked to insulin resistance and diabetes, increased risk of obesity and fatty liver.

Trans fats are exceptionally unhealthy, they are made by adding hydrogen to unsaturated fatty acids to make them stable. This type of fat is found in margarine, peanut butter, spreads, and creams etc., Also food manufacturers often add them to biscuits, crackers, muffins and other baked goods to extend the shelf life of these products. Though trans-fat doesn’t directly raise blood sugar levels, they have been linked to increased inflammation, insulin resistance, belly fat, lower levels of HDL cholesterol and impaired arterial function.

Carbohydrates are vital for the system and a good source of energy, but a person with diabetes should be careful while choosing carbs. White bread, bagel, pasta, maida and all other refined flour-made foods are high in carbs and low in fibre and have been shown to remarkably increase blood sugar levels in type 1 and type 2 diabetic patients. Additionally, these foods not only raise blood sugar but also decreases brain function in people with type 2 diabetes.

Plain yoghurt can be a great choice for people with diabetes. However, flavoured ones are made with low-fat milk and loaded with carbs and sugar. A cup of fruit flavoured yoghurt contains 31 grams of sugar, which can lead to higher blood sugar and insulin level. Plain whole milk yogurt is a good choice for better diabetes control.

Eating breakfast cereals can be one of the worst ways to start your day. As most cereals are highly processed and contain huge amounts of carbs and are low in protein. A high protein, low carb breakfast option is the best for diabetes control and keeps you satiated.

Well, natural sugars like brown sugar, honey, agave nectar and maple syrup aren’t as processed as white sugar but can also cause blood sugar spikes. They have similar effects on blood sugar, insulin and inflammatory markers.

Fruits are an abundant source of essential vitamins and minerals. When the fruit is dried, the process results in a loss of moisture that leads to higher concentrations of these nutrients, but sugar content too becomes more concentrated as well. One cup of grapes contains 27.3 grams of carbs including 1.4 grams of fibre, while 1 cup of raisins contains 115 grams of carbs and 5.4 grams of fibre. Thus, raisins contain more than four times as many carbs as grapes do. Also, most dried fruits are higher in carbs than their fresh counterparts. Thus, opt for fresh fruits as an alternative to dried fruits.

Most packaged pastries, cookies and cakes are made with refined sugar, refined flour, and unhealthy fats. Also, they contain other ingredients such as preservatives, colouring and flavouring agents. As the carbs in processed foods are typically refined, which causes a sudden spike in blood sugar and insulin levels.

Replace packaged snacks and processed baked ones with hummus and vegetables, nuts, or fresh fruits.

Well, fruit juice is generally considered a healthy beverage, but its impacts on blood sugar are quite like those of sodas and sugary drinks. This goes for even unsweetened 100% fruit juice, as well as those that contain added sugar. Further, fruit juice is packed with fructose that can worsen insulin resistance, promote weight gain, and increase the risk of heart disease. A much healthier alternative is to relish infused lemon water, which offers less than 1 gram of carbs and is calorie-free.