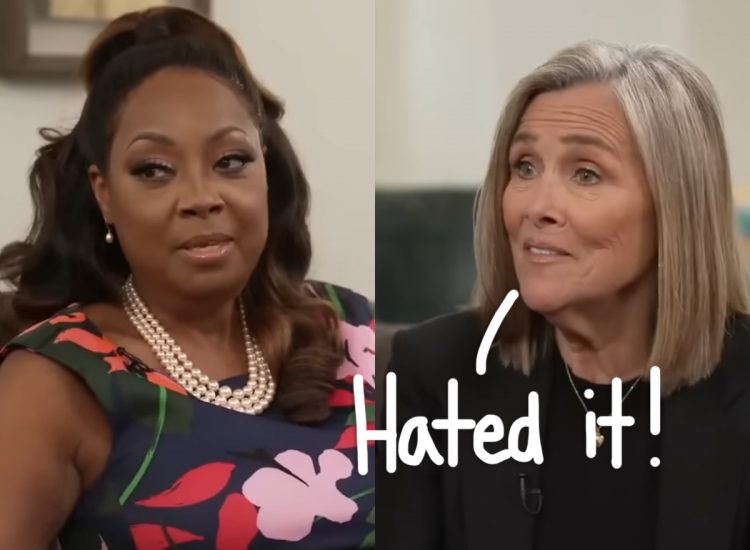 Some former cast members of The View apparently weren’t too happy with the way Star Jones was dishonest about her weight loss back in the day!

The original co-hosts Meredith Vieira, Joy Behar, Debbie Matenopoulos, and Star reunited on Thursday’s episode to celebrate the 25th anniversary of the daytime talk show. The ladies touched on a range of personal topics — including the 60-year-old television personality opening up about how she wished she was more frank about her mental and physical health struggles while working on the show.

Star confessed on the episode:

As you may know, the attorney has been candid about struggling with her weight ever since she left The View in 2006. But Star admitted she actually hid the truth about her mental health issues to audiences and even her castmates for years on the daytime TV juggernaut.

As Joy recalled during the reunion special:

“I remember you said to me, ‘It would have been great if someone said, Star, you need to lose weight, you’re unhealthy.’ And I said, ‘Star, if I said that to you, you would have bit my head off’ and you said, ‘Yes, I would have!’”

Meredith then cut in, sharing how difficult it was to watch Star suffer:

While on the show, Star went on to have gastric bypass surgery in 2003. However, she never revealed that detail on The View and instead claimed her weight loss was due to a “medical intervention,” preaching the benefits of diet and exercise. She did not reveal the truth until 2007.

And that apparently left her co-hosts very upset! In fact, Meredith spilled that they absolutely hated having to lie to everyone:

“To be honest, [we were] a little bit angry at the dialogue because we felt, ‘This isn’t honest.’ We’ve purported to be the honest women on this show, and we stopped being totally honest with each other, which was not good.”

“She was in tremendous denial and we had to pretend it was something other than it was. We didn’t like that. We were told, ‘Well you have to be an actress,’ and it’s like, ‘We don’t get paid to be an actress.’ We were uncomfortable with that.”

Despite the frustrating situation for the women, Joy praised the author for how much she has grown since then:

“… You have grown tremendously since then. It’s good that you’ve come this far.”

And after all these years later, Star looks back on that experience in a positive light:

“My greatest achievement is that I’m healthier now than I have been in my whole life.”

Glad the four women were finally able to be more open about this now!

You can watch the entire reunion moment (below):

Let us know in the comments!