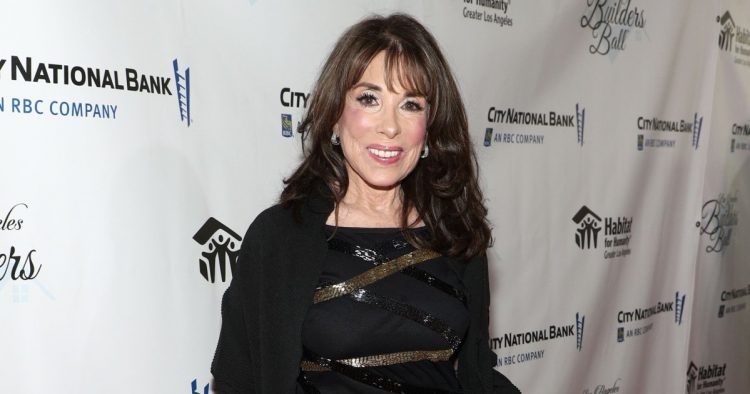 When Kate Linder was hired for a single episode of The Young and the Restless, her character didn’t even have a name. “It just said, ‘Maid,’” remembers the actress, who recently celebrated her 40th anniversary playing housekeeper Esther Valentine with an event at the Hollywood Museum. Over the years, Esther, initially a servant in the household of wealthy Katherine Chancellor (the late Jeanne Cooper), has known many changes in fortune. She’s weathered personal losses, been kidnapped, married a con man, and was even once declared the rightful owner of Chancellor Mansion — although it didn’t last. “I can’t believe all the crazy things that Esther has done,” Kate, 74, tells Closer. “And I am looking forward to more!”

A native of Pasadena, California, Kate is active in charitable causes, including the ALS Association, where she is a celebrity spokesperson. “There was an incredible man on the board. He used to say, ‘It doesn’t matter how many breaths you take in this lifetime. It’s what you do with those breaths,’” Kate says. “So, I thought, ‘Here I am, and I have a platform due to The Young and the Restless,’ so how could I not help?”

Take us back to the beginning. Did you always want to be an actress?

“Yes. I can’t remember ever wanting to be anything else. My parents were extremely supportive, but no one in my family was in the business. They gave me dance lessons — which I still take to this day. I’m a tap dancer. They thought it was a really, really hard business, which it is. But that’s the only thing I wanted to be. I’m still happiest when I’m working.”

How did your Y&R character, Esther, finally get a name?

“My co-star Jeanne Cooper actually named her when we were rehearsing. When we went to tape, she started calling me Esther. Fortunately, I responded! That’s funny! Later we had a national contest for her last name. There was Diamond, Valentine and some other entries. Our creator Bill let me choose. I picked Valentine because I was married on Valentine’s Day. I thought it would be good luck.”

How do you maintain your excitement at playing Esther after 40 years?

Do you have a favorite episode?

“Actually, so many of them! But there was one where my daughter Chloe, played by Elizabeth Hendrickson, comes back to town. I am carrying a tray of champagne, and when I see her, I drop the whole tray. I’ll never forget that day because I was a wreck. I only had one chance to do it, and it had to be right. It turned out to be a great scene. One of my favorites.”

Who are you closest to among the cast?

“Jeanne Cooper, who played Mrs. Chancellor — we were together over 30 years. We were very close and saw each other often outside of work. To this day, I can feel her presence in the studio. I can hear her voice and feel she’s there.”

“I love my whole Young and the Restless family. We are together so much. [Over the years,] we’ve all seen each other’s births, deaths, illnesses and happy times. Everyone’s family.”

Is there anything you know now that you wished you knew when you were younger?

“I still work on this, but I wish I had learned to see my glass as half full instead of half empty. I also wish I had created a better balancing act between my personal life and my work. You need to have balance in your life and in the end, it will make you a better actress.”

Is it true that you still work as a United Airlines flight attendant?

“Yes. In the beginning, I didn’t tell anyone because I thought they would take me less seriously as an actress. But then, as the years went by, I would meet viewers on the plane and have these wonderful stories. I thought that as long as I keep doing both jobs well, I would keep doing them.”

“I like meeting people. And it’s a terrible pun, but it keeps me grounded. I’ve watched people who believe their own press, and I don’t think that is a good thing.”

What do you do for fun?

“I’m still a tap dancer. I love to dance. One of my favorite episodes [was]when I was able to do [Stephen Sondheim’s] ‘Everyone Ought to Have a Maid’ on the show. I sang and danced to that. I loved it. Dancing still keeps me going. It’s healthy, and I enjoy it.”

Would you like to do more singing and dancing professionally?

“Yes, I love the theater. I started in theater as a singer-dancer. I would like to do Broadway at some point.”

What part does spirituality play in your life?

There have been things that happened. My husband, Ron, passed away, and I had a hard time with it. I still do. It’s going to be five years, and I can’t believe that. I think of him like he is still around. Maybe he and Jeanne are up there together? For me, spirituality is just believing and trying to give back as much as you can.”

After 40 years at a job, another person might rest on their laurels. What drives you to keep striving?

“Oh, well I never take it for granted. You have to remember that [your character] could go up the stairs one day and never come back. I’ve seen it happen. I also never forget the viewers. When someone takes the time out to write or come up and ask for a picture or an autograph, I’m so grateful. I am still so honored to be able to do that.”