Who Is the Highest-Earning ‘Chrisley Knows Best’ Star? Net Worths 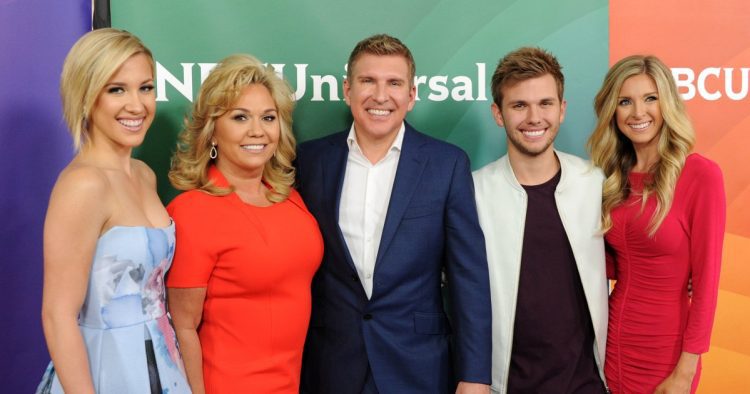 Watching the lavish lifestyles of Todd Chrisley and his family on Chrisley Knows Best may bring up the question: Who is the highest-earning star? It may be surprising to some that Todd doesn’t have the biggest net worth among his brood.

Although Todd amassed quite a fortune as a real estate mogul in the early 2000s, the Georgia native filed for bankruptcy in 2012. According to Forbes, the reality TV dad claimed at the time he had $4.2 million in assets and almost $50 million worth of debt.

“He guaranteed a real estate development loan and it failed,” Todd’s attorney, Robert Furr, told People in 2014 about how his client got into his financial situation. “He was on the hook for $30 million. If he hadn’t had that happen, he would have been fine, financially.”

In fact, the family’s reality show on USA network may have saved the podcast host financially when it premiered in 2014.

“I’m blessed to be working every day with my family. The show has been a blessing to us in so many ways,” the family patriarch told TV Guide in August. “In more ways than it has ever been a curse. I hope what people have taken from it is this family is imperfect. We are going through the same things they’re going through.”

Those weren’t the only financial troubles Todd ran into over the years. In August 2019, Todd and his wife, Julie Chrisley, turned themselves in for tax evasion and eventually settled. The husband and wife paid close to $150,000 to resolve the claims and were cleared of all charges a few months later.

Chrisley Knows Best seems to be Todd and Julie’s main income driver and working together brought the already tightly-knit couple even closer.

“I think before the show Todd and I both had careers, but we’ve always kind of stuck to ourselves,” Julie explained to TV Guide. “Our focus has always been on our marriage, our children. That hasn’t changed. Yes, I have wonderful friends as does Todd. At the end of the day, it’s about us as a family and as a couple. If we’re doing all the things to feed and nurture those things, we don’t have a lot of time for anything else.”

Keep scrolling to see which Chrisley Knows Best family member has the highest net worth.