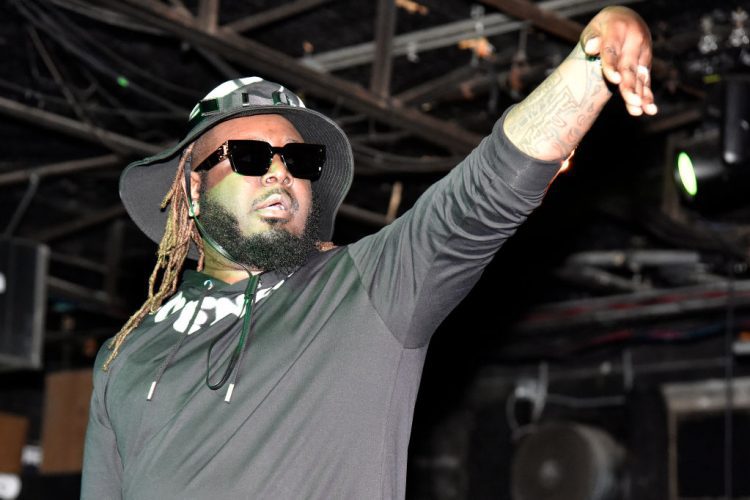 T-Pain reveals that he’s making more money from streaming video games on Twitch than from his music.

T-Pain has always been open and honest about his struggles with mental health being in the entertainment business. The rapper and singer revealed he even had a four-year depression following comments from Usher. Pain previously revealed that one day, Usher told him straight up he “ruined music for real singers.” Of course, he considered Usher a friend, so those comments hurt him more than if someone else had said them to his face.

Financially, he has previously revealed during his feature run he did verses for free and people didn’t return the favor. That just adds to his mental health issues, due to financial pressure that soon followed. Luckily since then, T-Pain, his career, and his depression have made a rebound and he’s apparently making QUITE the come up.

In November of last year, T-Pain announced an exclusive partnership with the live streaming platform, Twitch. The partnership has turned out to be a great investment for both sides with people loving to tune into T-Pain’s channel where he tries to be a gamer.

During a recent interview with Steve-O’s Wild Ride! podcast, the autotune legend revealed he actually makes more money on Twitch than he does through his music.

“I’m making more money off of video games than I have made in the last four years,. Just playing them. Playing video games.”

The funniest part of the whole ordeal is Pain says he isn’t even good at the video games, he’s simply entertaining, and that’s enough for the people who watch.

“I think that’s what makes it better,” he said. “I mean there are definitely good players out there that make a ton of money, but I think the entertainment that comes from somebody like me being trash at it, I think that’s just more valuable and more entertaining.”