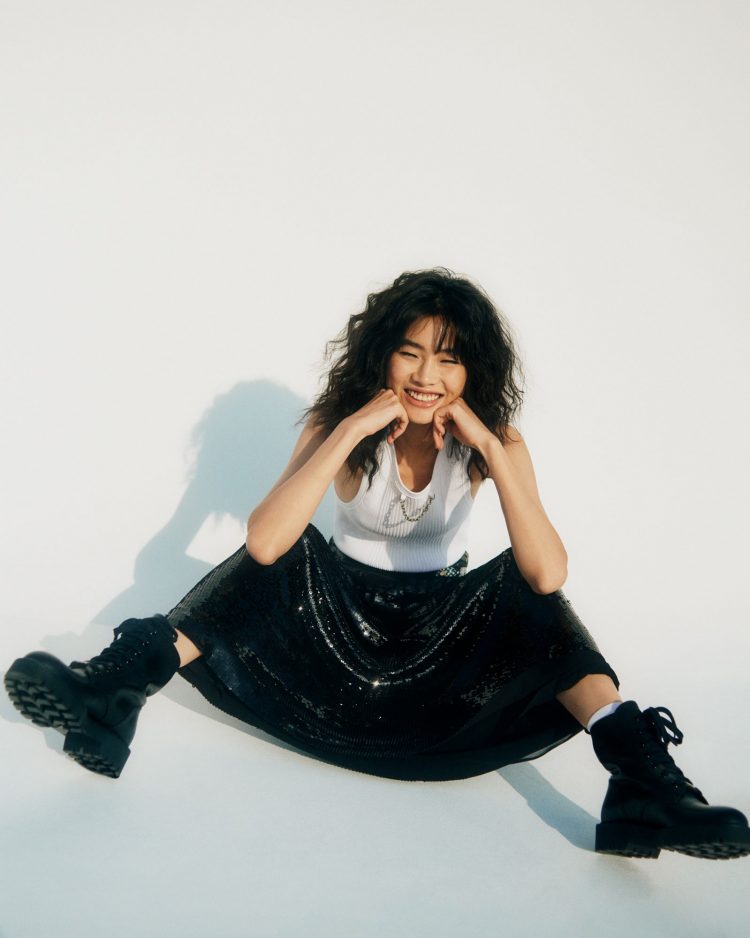 SHORTLY AFTER Squid Game’s debut, Hoyeon was everywhere: attending the Gotham awards, presenting at the CFDA awards, appearing on the cover of Vogue, politely dodging a queue of studio heads and power agents circling her at the LACMA Art+Film Gala. “I wasn’t prepared. I said yes first, then was nervous later. I just did it.”

THE MINUTE Hoyeon learned she’d won the SAG Award for female actor in a drama series—beating out Jennifer Aniston, Reese Witherspoon, Elisabeth Moss, and Sarah Snook—she thought one word: “Shit.” She recovered, delivering an emotional speech before joining her heroes in the greenroom. “Meryl Streep came to me and says, ‘Oh, I’m so happy to see you alive.’ That means that she watched Squid Game!”

WHAT’S NEXT? “Maybe we should lobby for my character to come back in season two,” she jokes. In the meantime, she’s reading scripts, parenting two rescue cats, and hoping one day to play the Little Mermaid.

— Grimes on Music, Mars, and Her Secret New Baby With Elon Musk
— Oscars 2022 Live Updates: Follow Every Twist and Turn of the Race
— An Exclusive First Look at the Lush Where the Crawdads Sing Adaptation
— The Vanity Fair Oscar Party Returns: Fill Out Your Ballot and Watch the Livestream on March 27
— The Dropout: The Truth About Elizabeth Holmes and Sunny Balwani’s Secret Romance
— Jane Campion: A Candid Interview With a Master
— Ally Sheedy Left Hollywood. Then Came Single Drunk Female
— Industry Titans Join Forces to Slam Oscar Category Changes
— From the Archive: The Seduction-to-Split Secrets of Ava Gardner’s Three Marriages
— Sign up for the “HWD Daily” newsletter for must-read industry and awards coverage—plus a special weekly edition of “Awards Insider.”