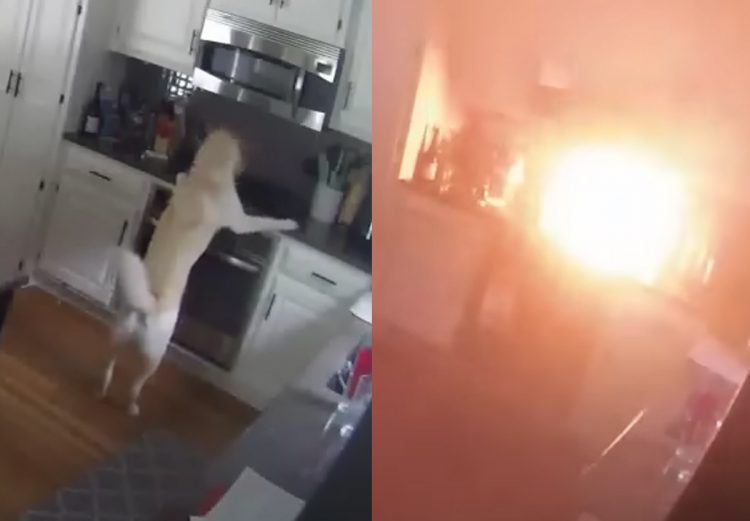 Officials who responded to a house fire in Missouri last week were flummoxed when they discovered the arsonist who set the home ablaze was, in fact, the family dog.

Authorities were left scratching their heads as to how the fire started — until they reviewed security camera footage from inside what was left of the home, which showed what happened: one of the dogs stood on his hind legs at the kitchen stove, accidentally turned one of the burners on as he sniffed around for food, then wandered off.

Minutes later, grease from food that had been cooked earlier burst into flames, and a fire soon spread around the ground floor of the house. Thankfully, neither dog was injured, but the fire caused tens of thousands of dollars worth of damage.

Watch the scary video (below) to see it all go down.

Damn!! Of course, despite the catastrophe, the important thing is both the dogs were okay. They’ll always be good dogs at the end of the day!