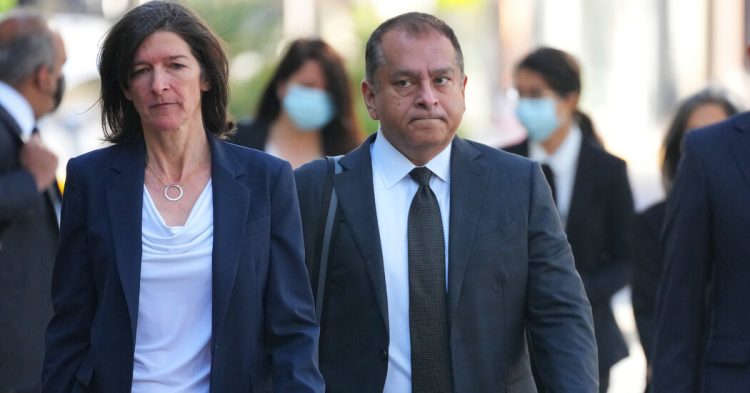 For months, Ramesh Balwani’s lawyers have tried to distinguish him from Elizabeth Holmes, his former girlfriend and business partner at the failed blood-testing company Theranos.

Ms. Holmes was found guilty of defrauding the start-up’s investors in January. Mr. Balwani is seeking a different outcome in his own fraud trial.

Colon cancer screening decisions: What’s the best option and when?

5 Therapeutic Reasons Why This Aromatic Tea Is Awesome

But on Tuesday, in closing arguments to Mr. Balwani’s jury, prosecutors tied him directly to Ms. Holmes and the yearslong fraud at Theranos. Jeffrey Schenk, an assistant U.S. attorney and a lead prosecutor in the case, displayed a text message that Mr. Balwani had sent Ms. Holmes in 2015 and that had been used as evidence in the trial.

“I am responsible for everything at Theranos,” Mr. Balwani wrote. “All have been my decisions too.”

The text was an admission of guilt, Mr. Schenk said, adding, “He’s acknowledging his role in the fraud.”

The presentation capped more than three months of testimony in Mr. Balwani’s trial, which largely mirrored Ms. Holmes’s last fall. She and Mr. Balwani, 57, were charged in 2018 with exaggerating the abilities of Theranos’s blood-testing machines and business performance when, in fact, the products did not work and its business was struggling. The pair pleaded not guilty. Ms. Holmes was convicted on four of 11 charges.

The trial for Mr. Balwani, who is known as Sunny, lacked the fanfare of Ms. Holmes’s case. It nonetheless serves as a coda to a waning era of start-up growth that often relied on hype and hyperbole. Ms. Holmes and Mr. Balwani are among the few tech executives who have ever been prosecuted on fraud charges.

Just as Ms. Holmes tried blaming the deceptions at Theranos on others, Mr. Balwani has pointed the finger back at her. Throughout the trial, his lawyers argued that many of Theranos’s blood tests had worked. They said Ms. Holmes, not Mr. Balwani, had controlled Theranos. And on Tuesday, they painted Mr. Balwani as a true believer in the vision and technology of Theranos.

Mr. Balwani “put his heart and soul into Theranos,” said Jeffrey Coopersmith, who represents him. “He worked tirelessly, year after year, to make the company a success.”

Ms. Holmes, now 38, met Mr. Balwani when she was 18. They began dating years later, after Ms. Holmes had founded Theranos. Mr. Balwani joined Theranos in 2009, became its chief operating officer, and eventually invested $4.6 million in the company and took charge of its lab. The pair kept their relationship a secret and lived together in an expansive home they co-owned in Atherton, Calif.

In 2016, after Theranos came under fire for lying about its blood testing abilities, Mr. Balwani left the company and split with Ms. Holmes. The pair were charged with fraud together, but Ms. Holmes argued in filings to sever the cases and accused Mr. Balwani of emotional and sexual abuse. Her trial included dramatic testimony recounting the accusations. That subject was excluded from Mr. Balwani’s trial.

To convict Mr. Balwani, prosecutors must convince the jurors that he intentionally lied to investors and patients about Theranos’s blood tests and business dealings.

Prosecutors tried putting the blame on Mr. Balwani for financial projections that Theranos showed to investors and the condition of its labs. New witnesses included investors and executives who dealt directly with Mr. Balwani, rather than Ms. Holmes.

One projection, presented to investors in October 2014, showed Theranos would bring in $140 million that year. In reality, revenue was $150,000. The next year, Mr. Balwani projected nearly $1 billion in revenue in pitches to investors. Theranos’s internal projections were much lower, evidence showed, and the reality was $429,210.

Mr. Schenk said Theranos’s leaders had directed its scientists to validate blood tests and begin offering tests to the public only when it needed money from investors or customers. “Not when the science was ready,” he said.

A new witness, Patrick Mendenhall, who dealt directly with Mr. Balwani while making an investment in Theranos, outlined the promises that turned out to be misleading or false.

Brian Grossman, an investor at the hedge fund PFM Health Sciences, who was also a witness in Ms. Holmes’s trial, testified that Mr. Balwani had provided his team with financial projections that far overstated Theranos’s projected revenue.

“When Mr. Balwani communicates with an investor, it’s for a purpose, and the purpose is to deceive them to get money,” Mr. Schenk said.

Prosecutors also emphasized Mr. Balwani’s role in running Theranos’s lab, which the executive called a “disaster zone” in a 2014 text message. Mr. Balwani would also “remove dissent” by intimidating or pushing out employees who expressed concern about Theranos tests, like Dr. Adam Rosendorff, a former lab director who testified in both trials, Mr. Schenk said.

Mr. Coopersmith, the defense lawyer, said that the government had painted a “highly misleading” picture of Mr. Balwani’s time at Theranos and that it was unfair to show out-of-context private texts as evidence of a conspiracy.

The messages did not show Mr. Balwani telling anyone to commit fraud, Mr. Coopersmith said. “If there was a conspiracy, you’d think there would be all kinds of conspiratorial, sinister conversations, and there just isn’t,” he said.

Notably absent from the witness stand were James Mattis, a former defense secretary and Theranos board member, and Ms. Holmes, who had both testified in Ms. Holmes’s trial. Mr. Balwani did not testify in his defense.

If he is convicted, Mr. Balwani and Ms. Holmes will be sentenced together in September.