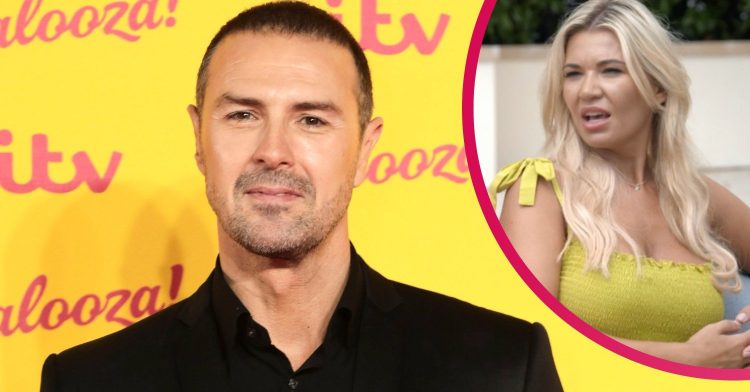 Paddy McGuinness and wife, Christine, have sparked rumours that they’ve split up after over ten years of marriage.

Christine and Paddy have been married since 2011. They share three children together. 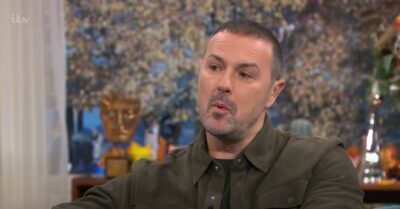 Paddy has sparked rumours that he and his wife Christine have split after over a decade of marriage.

The comedian had a tattoo done on his finger in honour of his wife.

The love heart tattoo was inked onto the 48-year-old to make up for the fact that he had lost his wedding ring twice since marrying Christine.

However, in a new video, rumours are claiming the tattoo is no longer there.

The comedian was seen in a short clip on Chris Baber’s Instagram page.

In the video, Paddy holds up a canned drink – but his finger tattoo is nowhere to be seen. 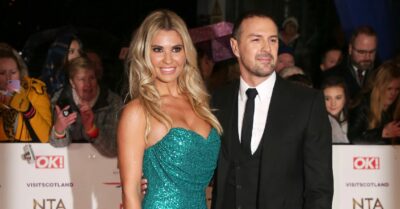 Christine has previously poked fun at the fact that her husband has lost his wedding ring on two different occasions.

However, the mum-of-three has insisted that she doesn’t mind, as he had the tattoo to make up for it.

In one post referencing him losing his ring, Christine said: “My wonderful husband Paddy McGuinness lost his wedding ring… again… on our family holiday about two months ago.”

“He still hasn’t replaced it but today he is forgiven because he’s wearing a T-shirt with my picture on,” she continued.

However, the recent apparent absence of Paddy’s tattoo has sparked speculation that they’ve called it quits on their marriage.

But some fans have insisted the video could be flipped as one said on Facebook: “Could that not just be his right hand depending which camera his mate’s using? Did notice the posts myself though but it’s there business.”

Another wrote: “So basically it was reversed video as in selfie mode?”

Christine and Paddy married in 2011. They have three children together.

Their children – Penelope, Leo, and Felicity – are all autistic.

Read more: Who is in the cast of Emmerdale 2022? Meet this year’s full line-up

Christine then learned that she too is autistic.

The 34-year-old model also released an autobiography last year, in which she discussed Paddy being seen cosying up to Nicole Appleton of All Saints fame.

Christine said that despite the pictures making her feel “physically sick”, she never considered leaving Paddy.

Let us know what you think of this story on our Facebook page @entertainmentdailyfix.