Is imitation the sincerest form of flattery? A tale of Instagram, Tiktok and… the Kardashians. 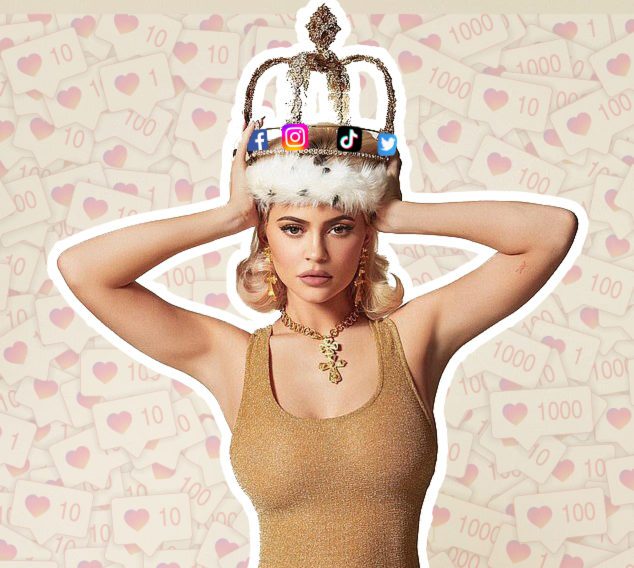 Is imitation the sincerest form of flattery? A tale of Instagram, Tiktok and… the Kardashians.

I can still remember the sheer excitement of getting my first Facebook account – the pure adrenaline that electrified my fingertips as I dumped 100s of unedited low-quality pictures into a since-deleted album titled “|untitled|” and meticulously tagged each friend, and gave each photo an ironic but deep caption.

In middle school, Facebook was the social media darling, wiping Myspace off the face of the earth for good. Now… fast forward a decade and a half, and Facebook is the dinosaur (or boomer, as the kids say) that I solely use to buy MCM furniture from my cool Austin neighbors.

I was recently looking at the signs of a mid-life crisis… don’t ask me why. I am not experiencing one, nor am I of the age to be at risk to (according to my v reliable sources). Buuut there is a lot of overlap between a midlife crisis and what is happening to Instagram.

The very definition of a midlife crisis is “a period of transition in life where someone struggles with their identity.” Sound familiar? Not only with what is happening with Instagram, but this is a story that has been written before, with it’s boomer parent, Facebook.

The signs of a midlife crisis:

I mean…do you see the connection?

Dramatic changes in appearance, *check.* We’ve all seen it with our own eyes. Impulsive actions, *check.* It’s like they are Oprah with these feed change tyrades:

*you get a full feed*
*you don’t get to see stories*
*actually, Jessica, we’re just going to go ahead and delete your account today… please reach out to our customer service that does not exist.*

And they have been in a constant state of comparison, self-doubt, and identity infidelity. Listen Instagram, I’m only going to say this once… *whispers* we actually like pictures. Stay true to yo’ self, k?

Will Instagram ever find a successful path forward, after this “big step back?” Will they emerge? Well, in order to find that out we have to look at the stages of midlife crises. Let me take you on a journey (yes, we’re really doing this).

The phases of a midlife crisis:

Let me paint you a picture (yeah a picture, like what you used to see on IG). It’s 2020, the world is shut down and people are home,  tired of the people they are actually forced to interact with IRL. So, they turn to any external social interaction.

Enter: Tiktok — she’s the hot new cool girl at school. And Gen Z is flocking to her, thirsty for quick fame and to show off their middle school dance moves and salad recipes they have been perfecting in lockdown.

It’s a perfect storm. And Instagram is drowning in it.

Instagram starts making small changes – subtle at first, to an untrained eye unnoticeable. Adding reels, allowing a remix here and there… But to us at Blogilates HQ, we had an entire social slack channel become a thread of frustration about how we couldn’t keep up with the latest IG update with their consistent changes to “improve their user experience” (translation: become Tiktok).

It was the messiest experience for brands. Do you size your content for the feed you have or the feed that an unknown percentage of users have that is a COMPLETELY DIFFERENT SIZE and experience? Can you still post pictures, or will they get a fraction of the engagement that a video gets?

With the push to video came all the advice on how to make the perfect reel, as everyone tried to figure out the illusive algorithm. My feed has felt like an endless portal of advice on how to get on everyone else’s feed.

Disclaimer: I may have taken some creative liberty with these quotes.

But the question that I am sure is burning in your brain right now is… who are the Kardashians in this story?

Afterall, they practically run social media right? Rewind to 2018 when Kylie Jenner tweeted about Snapchat’s new redesign and it lost the company 1.3 billion dollars (yes… with a  “b”). as their stock crashed. Those 86 characters held more power than a petition signed by 1.2 million people. They wield a certain power, there is no denying that — and their influence goes far beyond plummeting stock prices. You could argue that the Kardashians are a force behind shaping our culture, period. Who else do you know that can one day “convince” one of the world’s largest corporations to change with a single social post, and then the next day reshape our society’s beauty standard as we know it? Which ICYMI Khloe K’s alleged BBL removal sparked word on the street is that big bootys (booties?) that we’ve done 20,000 squats for are out, and with them ended yet another season of “The Perfect Body.”

Whether you hate them, love them, love to hate them, hate to love them, there is no one that can deny that they are not shaping our our values as a society. Which is a terrifying amount of power we give anyone, muchless people who don’t even know how to cut a cucumber.

So it makes sense that the news cycle right now has them pegged as the main character — the defiant Instagram elite that put an end to the madness. But really in my story… they are the blunt mid-lifer’s best friend who brings over a bottle of top-shelf Chardonnay and tells you “no sweetie, you don’t need a pixie cut and a neck tattoo.” The one that brings you back to reality. I’m working to make sure I am surrounded by a few of those by the time I hit the 40 mark (which is officially mid-life crisis territory, again… according to my very reliable sources).

Maybe Instagram just needs to take a long Hot Girl Walk and take a deep look at who they are. And recognize their space in the world (again, we still love pictures, Instagram! Please let us share our pictures somewhere!).

The Kardashians are the ones that have officially pushed Instagram out of its crisis stage with their resharing of what became a viral graphic.

Which revealed the final symptom of a midlife crisis, cue this quote from Adam Mosseri, Head of Instagram in his interview with Platformer: “For the new feed designs, people are frustrated [..] I think that we need to take a big step back, regroup, and figure out how we want to move forward.”

Only time will tell. We have just entered this stage, so cue: Natasha Bedingfield “Unwritten.”

Ways to Boost Your Metabolism After 40

Also, thank goodness for that very public (slightly embarrassing) intervention from our favorite (kinda) reality TV family. The new feed on @blogilatesdotcom — shameless plug, holler at yo’ girl(s) — was already giving me vertigo. I was literally unsure of what app I was on as videos took over the full length of my screen and the stories I loved to watch so dearly evaporated… along with any unique identity Instagram had. Maybe that’s too dramatic? Maybe this analogy is all TOO dramatic (pls read in Anna Delvey’s voice), maybe so. But I will take slight comfort in the fact that we are all here just figuring it out. After all, midlife crises are a byproduct of insecurity. Are you who you really wanted to be in life? Did you take the right path… is it too late to change paths?

Well, that same insecurity applies here. The VERY businesses that are profiting off of each of our insecurities are in fact… insecure themselves. You could say they put the meta in Meta right there.

I’m both terrified and intrigued by what the next few years hold. Who will be owning the game when my daughter is on social media (which I hope isn’t for a while, I mean she’s 2). Will it be the BeReal’s of the world, allowing people the time and space to go outside and LIVE instead of curate a perfect illusion of life.

Or will some of our current social media giants hold on and reach the resolution? What do you think? Tell me in the comments.