NFTs Are The Future Of Business 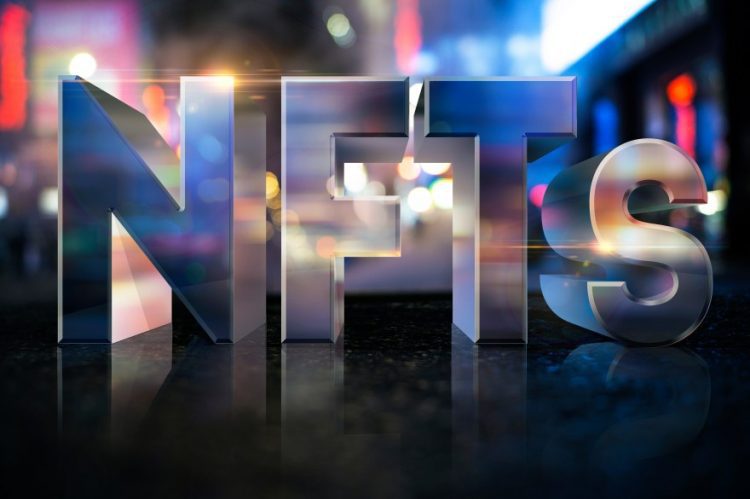 Music artists like Kings of Leon are cashing in on the NFT craze by releasing their next album as limited edition “golden tickets” while the NBA’s digital collectibles are fetching millions of dollars. True, they pique the imagination of collectors and crypto enthusiasts alike. But do they have a future? Should you, in other words, part with real money in exchange for a piece of digital tchotchkes? Over the last year since NFTs have exploded on the scene, things have only worsened. Tens of millions of dollars have been made from the sale of ape pictures, there has been a never-ending stream of media stories about million-dollar hacks of NFT projects, and the greed of corporations has only worsened. You may be thinking “After all of this, what exactly is an NFT?”

What is an NFT?

Cryptocurrencies like NFTs are developed on smart contract platforms like Ethereum, Avalanche, and Solana. In the digital realm, they exist as singular items that may be both fun to own and lucrative to exchange. Imagine them as digital versions of trading cards. Rare ones may be rather valuable in the future, even if at first, they are mere of interest to collectors. It is up to you how you want to use these assets–make a profit by trading or simply spend them for their intrinsic value. Either way, there is no need for money anymore because now we have tokens that can be used just like fiat currency but with a bit more stability because they cannot lose their value over time due to inflation.

What does NFT stand for?

NFT” is an abbreviation for “non-fungible token. In layman’s terms, it means that each item is unique and can’t be substituted by another. In other words, they’re one-of-a-kind!

How do NFTs work?

It’s quite platform specific. However, as Ethereum is where the great bulk of NFTs are generated and exchanged, we’ll concentrate on it. Ethereum’s blockchain provides the unchangeable foundation for NFTs. When you get an NFT, it is permanently yours and cannot be recreated by anyone else. Also, they don’t need special authority to make, purchase, or sell; anybody may do so. In conclusion, each NFT is one-of-a-kind and accessible to everybody online. Indeed, it is like a rare collectible card displayed in a shop window forever but owned by just one person (or cryptocurrency wallet, to be precise).

What is NFT Art?

Practically speaking, an NFT is typically represented by a digital artwork like an image. But it’s important to note that it’s not just that one particular image. It’s actually the encoded blockchain on which the NFT resides. What makes the art on the blockchain so interesting is its existence as a digital object. It is most jokingly seen as a little picture with some crypto stuff attached to it. It’s true that an NFT is a digital image that also resides on a blockchain. But NFTs can be so much more than that. since they can contain videos, videos, audio, or even VR elements, or a VR element, for example, there is nothing to stop them from being what their creator wants them to be.

After experiencing over 26,000% growth in net sales from 2020 to 2021, the total revenue from the NFT marketplace is predicted to reach $35 billion by the end of 2022 and $80 billion by 2025. This projection is driving both investors, artists, and massive corporations like McDonald’s, Panera, and Nike to utilize NFTs and take advantage of the quickly expanding digital marketplace. As NFTs continue to evolve and introduce more possibilities for digital ownership, the opportunities to create, invest, and profit are only continuing to increase.

One of the best examples of NFTs in 2022 has been the BAPESCLAN the fastest growing NFT project to ever launch without spending a single dollar, that’s right while so many other NFTs depend on huge names like Logan Paul, Deadmua5, and anyone with the last name Kardashian, BAPES has been able to outperform some of the biggest mainstream brands without spending a dollar on influencers. “The difference is the Unity, BAPESCLAN put’s real value and real money into the holder’s hands even in a bear market,” says David Holmes from Blockchain Intelligence Group.

Over the last 7 months, BAPES has built an army of valuable ambassadors that includes real-life Jerry Maguire David Meltzer, NFL star Cam Jordan, and media mogul E! TV’s founder Larry Namer. Co-founder of BAPES, a ChainTech Labs brand, Brian J. Esposito said “BAPES being strong in the market was due to capturing lightning in a bottle. The perfect formula of unbelievable artwork led by Shaikh Danial, 25 of some of the most brilliant business professionals from around the world across multiple respected industries all organized by a passionate hard working fully transparent core founding team, lead to the building and managing one of the most amazing NFT communities and projects in the world. Since Our BAPESCLAN Genesis I collection dropped, we continue to reward our community and holders with exceptional real value and have since dropped and sold-out, two, 10,000 items collections. A spectacular accomplishment, especially in this market that’s undergoing some corrections. We have also become one of the first projects and companies of its kind to be licensed and incorporated out of the DIFC, in Dubai, UAE. In addition, we have just announced a major partnership with The Dubai Blockchain Center. What we have accomplished is like nothing I have ever experienced in my professional career, and we have only just begun. We are honored and proud to have set a benchmark of how NFT projects should be handled and dropped. We hope other projects take our lead and continue to build upon our example, for the safety, protection, and respect of all potential buyers of those NFTs.”