Photos Of Her Outfit – Hollywood Life 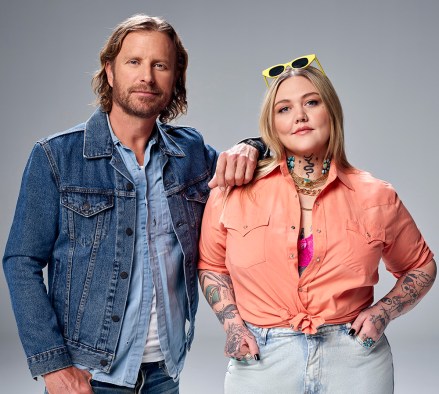 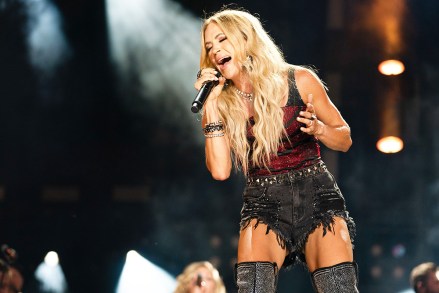 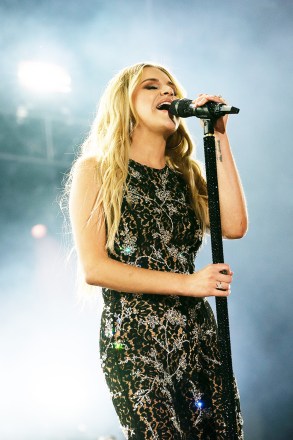 Carrie Underwood absolutely lit up the stage when she performed during the 2022 CMA Music Festival. The performance took place in June, but aired on ABC during the CMA Fest TV special on Aug. 3. Carrie was the queen of the night, rocking a pair of high-waisted black shorts with fringe detailing. She paired the short shorts with a sparkly red top, as well as thigh-high boots. Her long, blonde hair was styled in curls, and she accessorized with layered necklaces and bracelets. 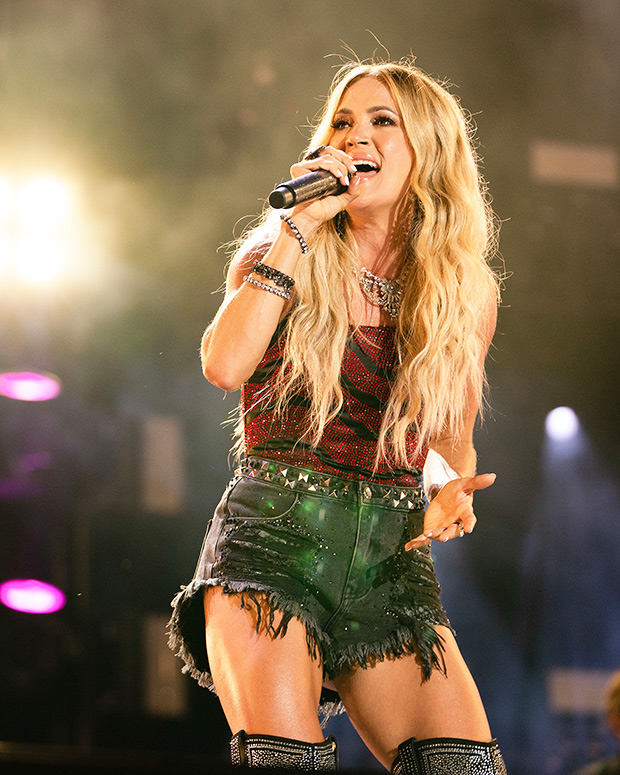 During the televised portion of the event, Carrie sang her current single, “Ghost Story,” as well as one of her all-time biggest hits, “Good Girl.” Her full performance took place back on June 11 at Nissan Stadium in Nashville. Carrie’s full set also included performances of “Church Bells,” “Undo It,” “Wasted,” “Jesus Take The Wheel,” “Denim & Rhinestones,” “Blown Away,” “Last Name” and “Before He Cheats.”

Although Carrie’s CMA Fest set mostly featured her best known songs, she did just release her latest album, Denim & Rhinestones, in June 2022. This was Carrie’s 9th studio album, including her holiday album in 2020 and Gospel album in 2021. However, Denim & Rhinestones marked the American Idol winner’s first project with all original songs since Cry Pretty in 2018. 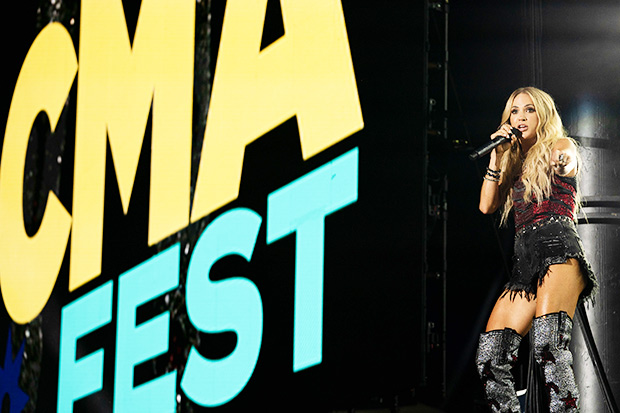 The 2022 CMA Music Festival was hosted by Dierks Bentley and Elle King. The actual event took place from June 9 – June 12 throughout Nashville, with Nissan Stadium providing the nighttime entertainment from the biggest stars in country music each night. In addition to Carrie, other performers at the main event included Kelsea Ballerini, Thomas Rhett, Luke Combs, Cole Swindell, Russell Dickerson, Dustin Lynch and more. The CMA Fest televised special airs on Aug. 3 at 8:00 p.m. on ABC, and will feature three hours jam-packed with performances.