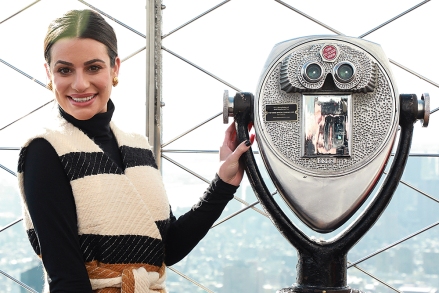 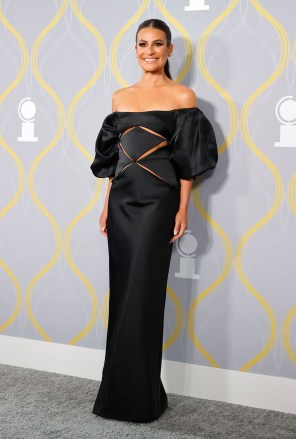 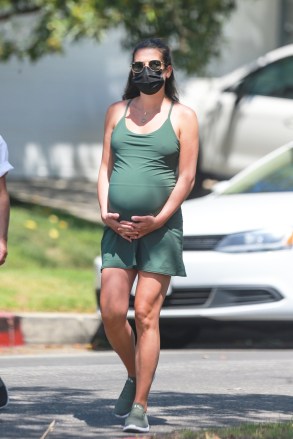 Lea Michele is obviously over the moon about landing the lead role in Broadway’s revival of Funny Girl. The 35-year-old actress took to her Instagram on Friday, July 5 to share a sweet snap of herself standing in front of the show’s marquee at the August Wilson Theatre in New York City. She captioned the snap, “A dream come true.”

And to the delight of Glee fans, Lea added a second slide to the post: a photo of her Glee character, Rachel Berry, posing for a similar snap when she starred in Funny Girl on the TV musical dramedy. If Lea seemed excited about the opportunity, so did her good friend Asley Tisdale, who wrote in the comment section, “Yes, yes yes!”

When the news of Lea’s casting was first announced in the beginning of July, she gushed about it on social media, writing, “A dream come true is an understatement. I’m so incredibly honored to join this amazing cast and production and return to the stage playing Fanny Brice on Broadway. See You September 6th.”

Lea Michele From Her Start: Photos Of The New Lead Of Broadway’s ‘Funny Girl’

Lea will be taking over for Beanie Feldstein, who announced on July 10 via Instagram that she would be stepping away from the show “sooner than anticipated” due to production “deciding to take the show in a different direction.” Jane Lynch, who played Rosie Brice alongside Beanie, will be replaced by Tony nominee Tovah Feldshuh when Lea begins her stint.

The male leads, Ramin Karimloo and Jared Grimes are expected to continue performing before and after the transition. It was also revealed that current Fanny Brice standby, Beanie’s understudy Julie Benko, will continue to perform the title role from Tuesday, August 2 – Sunday, September 4, 2022 and on Thursdays beginning Thursday, September 8, 2022.

‘Glee’ Cast Then & Now: See The Show’s Stars’ Transformations Ahead Of Reunion

Meanwhile, Lea paid tribute to her late Glee co-star Cory Monteith on the ninth anniversary of his death on Wednesday, July 13. Cory passed away in 2013 from an overdose at age 31. Lea posted an adorable behind the scenes photo of the pair smiling, with a red heart emoji alongside it.